The Plan: Staging The Moment 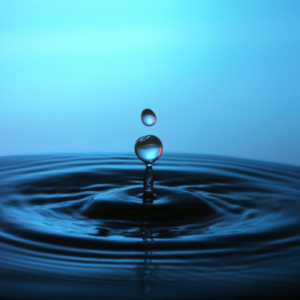 There would be nothing more obvious,

More tangible, than the present moment.

And yet it eludes us completely.

All the sadness of life lies in that fact.

“This month shall mark for you the beginning of the months; it shall be the first of the months of the year for you (Shemot 12:2).” Rashi comments, “Moses was in perplexity regarding the Molad of (the exact moment when begins) the new moon — how much of it must be visible before it is proper to consecrate it as new moon: He therefore pointed it out to him in the sky with the finger and said to him, “Behold it like this, and consecrate it”

The first commandment given to the Children of Israel as a nation begins with the ability to identify the present moment, “to point to it,” as God pointed out the exact moment when the New Moon begins.

I believe I understand how important it was for a slave whose time was never his own to begin a relationship with God as, “You will define times,” such as our Festival blessing, “Who Sanctifies Israel and Moments in Time.”

And I said to them:  Your reason is that since Shabbat is established and permanent, i.e., it always occurs on the seventh day of the week, both in prayers and in kiddush one should recite: Who sanctifies Shabbat. It is not necessary for Israel to sanctify Shabbat, as it is permanently sanctified by God.

Conversely, with regard to a Festival, as it is Israel who establishes it, as the Sages add extra days to certain months and establish years by intercalating them, one recites: Who sanctifies Israel and the seasons (Pesachim 117b).’

‘Many clever and shrewd persons endeavor with appropriate means to realize their purposes in doing harm to a given person, but fail; the very means they employ for harm often prove to be causes for good, as in the case of the brothers of Joseph. The very means they employed to do harm to Joseph brought about his success. Similarly the very means that Saul used to ruin David were the cause of his success: “For Saul said: ‘Let not my hand be upon him, but let the hand of the Philistines be upon him.’ ” This very thing spread his fame among all Israel as a strong man, a fighting man who was successful in his battles. Such instances prove without a doubt the reality of Providence, particularly in the case of those who are weak and without help, as the Psalmist says: “Who executeth justice for the oppressed” (Ma’amar Four, Chapter 9).’

Rabbi Shlomo HaLevi Alkabetz, in his Introduction to his commentary on the Book Of Esther, “Manot HaLevi,” uses this logic to explain why the first Mitzvah is to offer an element of control, as if to say, “Use this gift to master your moments and I will respond in kind, maximizing each and every moment in your lives!”

There’s more to this idea of capturing and honoring the Present Moment. The Talmud understands that the Egyptians would never accept they were not Masters of Time:

‘When King David said: At midnight I rise, the assumption is that he rose precisely at midnight.

The Gemara asks: Did David know exactly when it was midnight?

Even Moses our teacher did not know exactly when it was midnight.

How do we know this about Moses? As it is written that he said to Pharaoh: “Thus said the Lord: About midnight, I will go out into the midst of Egypt” (Exodus 11:4). The word about indicates that it was only an approximation.

The Gemara clarifies: What is the meaning of the expression: About midnight?

Did Moses say it or did God say it?

If we say that the Holy One, Blessed be He, Himself, said: About midnight, to Moses, is there doubt before God in heaven?

Rather, this must be understood as follows: God told Moses: At midnight, but from the fact that when Moses came to Pharaoh he said: About midnight; apparently, Moses was uncertain about the exact moment of midnight.

Moses, the greatest of all the prophets, was uncertain, and David knew?

Similarly with regard to Moses, since Moses knew the precise moment of midnight, why did he say: About midnight, instead of: At midnight?

Moses did so because he maintained: Lest Pharaoh’s astrologers err and believe midnight to be earlier. Since no disaster would have occurred, they would say: Moses is a liar.

Moses spoke in accordance with the principle articulated by the Master: Accustom your tongue to say: I do not know, lest you become entangled in a web of deceit (Berachot 3b-4a – sefaria.org).’

“So God led the people roundabout, by way of the wilderness at the Sea of Reeds. Now the Israelites went up armed out of the land of Egypt (Shemot 13:18).” Many Kabbalists read this verse as, “So God set the stage for the people.”

Which brings us to the crux of The Plan:

When God “Set The Stage” for the Splitting of the Sea, we were being directed toward the answer to this question.

We open the Pesach Seder with a Plan: 15 Steps, and then, it goes in Infinite directions:

“A Banquet of Consequences”

Let’s explore the Moment It All Comes Together…