The Dance of Tu B’Av: Shedding By RABBI-SIMCHA-WEINBERG on AUGUST 15, 2011

The Plan: A Banquet of Consequences

in Dreams, Haggadah, Mitzvot & their effect, New Post, Pesach, Portion of the Week by Rabbi Simcha Weinberg on 18 Jan, 2021 0 Comments 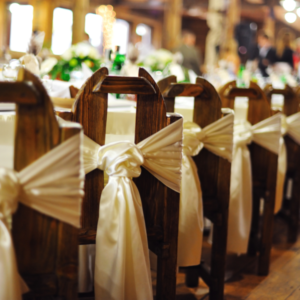 “Sooner or later we all sit down to a banquet of consequences.” (Robert Louis Stevenson)

I find that phrase a perfect description of the Pesach Seder!

Some of the “consequences” are more obvious than others:

Searching for and then ridding our homes of Chametz is intended to identify the role arrogance plays in our relationships and the effect on our lives, and then actively confronting and stopping it.

Kadeish is to help us restore sanctity to the areas in our lives where it has weakened as a reaction to certain choices.

Urchatz is to cleanse all the “Holier than thou” judgements.

Karpas confronts us with questions we were too timid to ask, and ignoring or stifling questions from others.

Yachatz guides us in dealing with inauthentic choices, those things we do without being fully present.

Matzah speaks to the long term effects of trying to prove ourselves to others, and portraying ourselves as weak so as not to seem threatening.

Maror reminds us what happens when we allow others to make us bitter.

Korech forces us to see how we allow others to hurt us and then blame them, without taking any responsibility.

A central theme of Maggid; Telling the story of the Exodus, is,

‘In each and every generation, a person is obligated to see himself as if he left Egypt, as it is stated (Exodus 13:8); “And you shall explain to your son on that day: For the sake of this, did the Lord do [this] for me in my going out of Egypt.”

Is that a consequence?

We ended, “The Plan: Dreaming,” with, “Your first step into the future is to dream of the future.” Many insightful readers suggested that this was to reconnect us to Yosef, The Dreamer, and repair the damage done by the brothers reactions to his dreams.

We could read Maggid, with its demand to use our powers of imagination, as addressing the consequences of failure to dream.

I admit that, if so, I am in favor of such consequences! I love Maggid! I love everyone at the Seder table connecting with their imaginations, and having all those imaginations dance around and with each other.

Perhaps “A Banquet of Consequences” is not as unpleasant as it sounds!

I think I’ll retitle the Seder as “A Banquet of Surprising Consequences!”

In fact, Robert Louis Stevenson was convinced that his desire to be something as unproductive as a writer would haunt him for the rest of his life. He would face the consequences of failing as an engineer, and then as a lawyer.

Isn’t in wonderful how the man who failed “The Lighthouse Stevensons,”

the son and grandson unwilling to risk life and limb working in inhumane and dangerous conditions,

the young man who refused to dedicate years to designing and planning Lighthouses for the northwest coast of Scotland,

the failed engineer, warned by his disappointed father that he would suffer terrible consequences for failing his family multi-generational tradition of Lighthouse building,

ended up with the ‘Surprising Consequence’ of using his terrible experiences on terrifying islands as material for “Treasure Island,” and, “Kidnapped.”

Is it not wonderful how the consequences for us of our ancestors’ Egyptian servitude is the adventure of the Pesach Seder!

Is it not wonderful how we can identify all sorts of “Consequences,” and transform them into Mitzvot!

I think I’ll change the title yet again; “A Feast of Consequences.”

Why the dark parts?

2. We pour the cup of Eliyahu and open the door.

‘Pour your wrath upon the nations that did not know You and upon the kingdoms that did not call upon Your Name! Since they have consumed Ya’akov and laid waste his habitation (Psalms 79:6-7). Pour out Your fury upon them and the fierceness of Your anger shall reach them (Psalms 69:25)! You shall pursue them with anger and eradicate them from under the skies of the Lord (Lamentations 3:66).’