The Immorality of Ingratitude

in New Post, Portion of the Week, Self Perfection by Rabbi Simcha Weinberg on 15 Feb, 2021 0 Comments 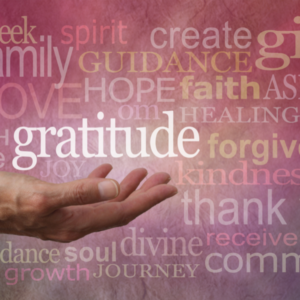 I had long planned to reread Silvia Townsend Warner’s “Mr. Fortune’s Maggot ” for ideas applicable to the portion of Terumah with its plans for the construction of the Tabernacle. (If ever you want to join me envying geniuses who can read a book and begin writing, and fin ish a book without need for an edit; read this!)

I began my reread and found the previous portion, Mishpatim, and many of its concepts addressed in a single conversation:

It’s the story of Reverend Timothy Fortune and the three years he spends on an island only making one “convert”.

Mr. Fortune had a dream, a vision, and wanted to go to the small island of Fanua, a remote island, a place that could only be seen in imagination.

He called on his Archdeacon to request his permission to go and to work on this island as a missionary.

“I must warn you, Fortune, you are not likely to make many converts in Fanua.”

“What, are they cannibals?”

“No, no! But they are like children, always singing and dancing, and of course immoral. But all the natives are like that, I believe I have told you that the Raratongan language has no words for chastity or for gratitude?”

“No words for chastity or for gratitude.” I found it a strange combination; chastity and gratitude, until, that is, I considered Mishpatim and many of its laws:

The portion begins with a thief who cannot repay what he has stolen and has been hired out by the Courts to work off his debt.

It seems this thief, beyond his basic crime, also suffers from issues with his chastity and gratitude:

‘When you acquire a Hebrew slave, he shall serve six years; in the seventh year he shall go free, without payment.

If his master gave him a (Canaanite) wife, and she has borne him children, the wife and her children shall belong to the master, and he shall leave alone.

But if the slave declares, “I love my master, and my wife (the Canaanite handmaid mentioned above) and children: I do not wish to go free (with my Jewish wife),”

his master shall take him before God. He shall be brought to the door or the doorpost, and his master shall pierce his ear with an awl; and he shall then remain his slave for life (21:2-6).’

Even beyond his chastity issues, his commitment to his wife who followed him into his temporary master’s home – sounds much like a gratitude issue – the Sages view this stage that began with thief leading to to Canaanite slave production with the woman whose children will be slaves, to love of this woman, to a desire to live permanently as a ward to his master, all leading to his living as an ingrate to God:

‘Rabbi Simeon interpreted this verse like a jewel (i. e. giving it an ethical signification):

In what respect are door and doorpost different from all other objects in the house that they should be singled out for this purpose?

God, in effect, said: door and doorpost that were eye-witnesses in Egypt when I passed over the lintel and the two doorposts, freeing Israel from slavery,

and when I said, (Leviticus 25:55) “For unto Me the children of Israel are servants” — servants to Me but not servants of servants (of human beings),

and yet this man went and procured another master for himself — let him be pierced in their presence (i. e. let them be eye-witnesses now when this man voluntarily prolongs his state of slavery)! (Kiddushin 22b.)’

Is it possible that lack of gratitude is a chastity issue?

‘When a man sells his daughter as a slave,

she shall not be freed as male slaves are.

If she proves to be displeasing to her master, who designated her for himself,

he must let her be redeemed;

he shall not have the right to sell her to outsiders,

Chastity and gratitude: Is it possible that lack of gratitude is a chastity issue?

‘You shall not wrong a stranger (do not vex him with words; referring to the fact that he is a stranger), or oppress him (financially) , for you were strangers in the land of Egypt  (22:20).’

‘Do not reproach your fellow-man for a fault which is also yours (Rashi).’

I read that law as other forms of morality – speech and financial – associated with a different form of gratitude; acknowledging my past.

Is lack of gratitude an issue of morality?

Yet Another Form of Morality:

‘You shall be holy people  to Me:

you must not eat flesh torn by beasts in the field;

Yet Another Form of Gratitude:

‘What is the force of Scripture expressly saying “to the dog”?

Scripture tells you at the same time that God does not withhold the reward due to any of His creatures.

The dog is entitled to reward because it is stated, (Exodus 11:7) “But against the children of Israel shall not a dog move its tongue”,

and this happened. The Holy One, blessed be He, said: Give it the reward it deserves (Mekhilta d’Rabbi Yishmael 32:30:3).’

Holiness and gratitude: Is gratitude necessary to become holy?

All this takes us back to the. Introduction to Revelation:

‘You have seen what I did to the Egyptians, how I bore you on eagles’ wings and brought you to Me [gratitude].

Now then, if you will obey Me faithfully and keep My covenant, you shall be My treasured possession among all the peoples. Indeed, all the earth is Mine,

All this takes us back to Eden:

‘When Adam came (was created), however, and he recognized that it was beneficial  for the world, he prayed for it and it fell, so that trees and verdure sprang forth (Rashi 2:5).’

Gratitude: “he recognized that it was beneficial  for the world.”

Morality: “he prayed for it.”

Revelation: “and it fell, so that trees and verdure sprang forth.”