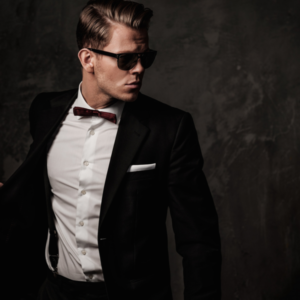 Please accept my apologies for rushing out of “The Archeologist’s Seder,” but immediately the tense situation of, “Uh oh! I have to put away my Secret Spy Journal; some guy just asked me why I write in Hieroglyphics rather than Hebrew…” I had to deal with another emergency: A friend was so upset with my failed archeological experiment, he decided to “borrow” Rocinante, my Time Machine, figuring to go back in time to the original Seder, helping me avoid the archeological challenges.

I was able to jump in just before Rocinante took off, but this friend had input the wrong time and we arrived in Egypt just as Abraham arrived with Sarah, who at that point was called Sarai.

He’s claiming that he did not err, and that his choice was deliberate, because if I truly wanted to explore The Plan, I had to return to its origins. (I have heard that comedian-philosophers from California are the most common Time Machine thieves. My mistake; I should have been more careful!)

We are safely home after some wild adventures. Rocinante is locked up. We will (if he apologizes and promises to not use Rocinante again) share a home made soup and heal our relationship.

From My Secret Spy Journal:

I didn’t have time to come up with a good explanation for my choice of language before a group of men hobbling out of the circumcision clinic – flu shots & vaccines included – surrounded me peppering me with questions.

Why hieroglyphics not Hebrew? (I couldn’t figure out why it was such a big deal.)

Why are your clothes from an Egyptian boutique? (Not that I could begin to understand why my choice of clothing would bother these guys – hey! Didn’t they have other things on their minds such as recent surgery? Strange people these Israelites!)

Finally, finally, a question for which I was prepared – obviously, professional secret spies always have different identities prepared!

“My Hebrew friends,” I said, “call me Simcha, and my Egyptian friends call me Soren.”

Brilliant, right! Moshe had two names; his Hebrew name, Tuvia, and his Egyptian name, Moshe. Basically, I was using the ‘I’m just like Moshe’ approach.

“You call us ‘Hebrew’! Only Egyptians call us that! Who ever heard of a slave having an Egyptian name!”

My life as a Secret Spy flashed before my eyes! I had been exposed! What would happen now?

Little did I know:

“And he became there a nation” – [this] teaches that Israel [became] distinguishable there (Haggadah).”  Based on the Midrash,

Another interpretation: “And there they became a nation” – this teaches that the Israelites were distinct there, in that their clothing, food, and language was different from the Egyptians’. They were identified and known as a separate nation, apart from the Egyptians (Minor Pesikta, Devarim (Ki Tavo) 41a).

Both of these Midrashim have become, “They were redeemed because they didn’t change their names, their language, or their clothes.”

(Note for [formerly] Secret Spy Journal: Should have figured out from circumcision, they have a strong sense of identity to which they held on despite all our efforts to break them.)

Although I am writing these memoirs of my Secret Spy career many years later, I’ve never stopped thinking about this name and language idea. So, when I came across Jess Walter’s, “Beautiful Ruins,” I was intrigued by his thoughts on language:

The narrator, Pasquale Tursi, is thinking about the history of his father Carlo’s hotel and reports a conversation between the hotel owner and his one regular guest:

“The Number One Quiet Inn with a Most Beautiful View in the Village of Cliffs,” Alvis Bender said. “Nice. Might be a bit long, though. And sentimental.”

Carlo asked what he meant by sentimentale.

“Words and emotions are simple currencies. If we inflate them, they lose their value, just like money. They begin to mean nothing. Use ‘beautiful’ to describe a sandwich and the word means nothing. Since the war, there is no more room for inflated language. Words and feelings are small now – clear and precise. Humble like dreams.”

He renamed his inn, “THE HOTEL ADEQUATE VIEW.”

Here I am all these years later considering my very short career as a secret spy, and my life with my new friends over the next forty years, and I still shiver when I realize what these “slaves” had that I and most Egyptians did not; a commitment to our identity to the point that they treasured each word in its simplest, or shall I say, humblest form.

I don’t think anyone can appreciate the simple beauty of each step of the Seder without appreciating the humility of the participants carrying their bundles of “Poor Person’s (GF) Bread.”

BTW: It was Moshe who saved me from that dangerous situation, in case you’re interested. You see, he…