Journeys; The First Step By RABBI-SIMCHA-WEINBERG on OCTOBER 5, 2020 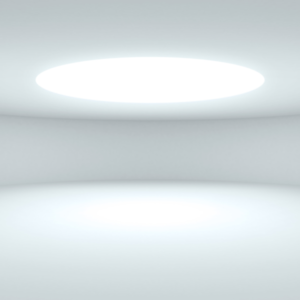 There is another type of Missing Conversation; the secret conversations, the coded  conversations overheard by the Sages when they read a verse, conversation, we usually miss:

‘Go, and gather the elders of Yisra᾽el together, and say to them, “The Lord God of your fathers, the God of Avraham, of Yiżĥaq, and of Ya῾aqov, has appeared to me, saying, I have surely visited you – pakod pakadti– , and seen that which is done to you in Miżrayim:

and I have said, I will bring you up out of the affliction of Miżrayim to the land of the Kena῾ani, and the Ĥitti, and the Emori, and the Perizzi, and the Ĥivvi, and the Yevusi, to a land flowing with milk and honey.”

“Hearken to your voice,” – as soon as you will mention to them this expression (the double use of the verb pakod as in v. 16) they will hearken to your voice, for they have long had this sign as a tradition from Jacob and Joseph that by mention of this phrase their deliverance will be brought about. Jacob said to them “And God will surely visit – pakod – you”, and Joseph said to them (Genesis 50:25) “God will surely visit – pakod – you”. (Rashi)

We certainly use the Pesach Seder to find the code words:

We take the “First Fruit declaration” and break it down verse by verse, phrase by phrase, into code words:

Go out and learn what Lavan the Aramean sought to do to Ya’akov, our father; since Pharaoh only decreed [the death sentence] on the males but Lavan sought to uproot the whole [people]. As it is stated (Deuteronomy 26:5), “An Aramean was destroying my father and he went down to Egypt, and he resided there with a small number and he became there a nation, great, powerful and numerous.”

Beyond the Code Words are the Secret Codes:

‘Rabbi Eliezer said: The five letters of the Torah, which alone of all the letters in the Torah are of double (shape), all appertain to the mystery of the Redemption.

With “Pê” “Pê” Israel was redeemed from Egypt, as it is said, “I have surely visited you, (Paḳôd Paḳadti) and (seen) that which is done to you in Egypt, and I have said, I will bring you up out of the affliction of Egypt”

Joseph his son delivered the secret of the Redemption to his brethren.

Asher, the son of Jacob, delivered the mystery of the Redemption to Serach his daughter.

She said to them: There is no reality in the signs.

They said to her: He said “Paḳôd yiphḳôd“—”God will surely visit you” (ibid.). She said to them: “He is the man who will redeem Israel in the future from Egypt, for thus did I hear, (‘Paḳôd Paḳadti’).

“There is no reality in the signs,” – miracles prove nothing – however, Secret Code Words – “He is the man who will redeem Israel in the future from Egypt!”

We are codebreakers every time we open a Chumash.

We are not seeking magic;

we are seeking to find the Hidden Conversations, the hints, the codes.

“The language in which we are speaking is his before it is mine.

How different are the words home, ale, master, on his lips and on mine!

I cannot speak or write these words without unrest of spirit.

His language, so familiar and so foreign, will always be for me an acquired speech.

I have not made or accepted its words.

My voice holds them at bay.

My soul frets in the shadow of his language

We also seek to penetrate the gaps between their language and ours:

and that thou mayst tell in the ears of thy son, and of thy son’s son, what things I have done in Miżrayim, and my signs which I have done among them; that you may know that I am the Lord” (10:1-2).’

The Pesach Seder conversations, underneath the codebreaking, the secrets searching (played by looking for Afikoman), are keys to open the door to find and create shared languages through shared stories.

Missing Conversations, Missing Words, Code words, Secret Codes, Language Gaps, can all be processed at the Seder as long as the speakers themselves, the parents, the children, the guests, are all present:

“And Moshe spoke so to the children of Yisra᾽el: but they hearkened not to Moshe for anguish of spirit, and for cruel bondage (Exodus 6:9).”

Ralbag explains “anguish of spirit,” as Moses suffering a lack of confidence in his ability to communicate. One cannot teach if one is not strong in himself!

Rabbeinu Menachem haMeiri insists only parents with an awareness to the substance of a Mitzvah, to its concepts and life lessons can properly guide the Pesach Seder!

The speakers themselves must be present. All must pay attention to each other, allow room for each other, listen with respect, in order to have this important Conversation Skills Development Seder.

Howard Witkin recently shared a lesson he learned from my father zt”l.

Before my father began a lecture he formed a connection with each person in the room. “What is your name? Are you married? Children?…”

He finished his verbal handshakes and explained that learning Torah together must be a shared experience, there has to be a connection on which to build.