in Good & Evil, New Post, Portion of the Week, Self Perfection by Rabbi Simcha Weinberg on 12 Dec, 2020 0 Comments 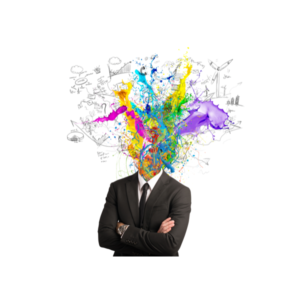 I can never be all the people I want and live all the lives I want. I can never train myself in all the skills I want. And why do I want? I want to live and feel all the shades, tones and variations of mental and physical experience possible in my life.

Matt Haig centers his new novel, “The Midnight Library,” on the following idea:

‘Between life and death there is a library,’ she said. ‘And within that library, the shelves go on for ever. Every book provides a chance to try another life you could have lived. To see how things would be if you had made other choices … Would you have done anything different, if you had the chance to undo your regrets?’

In “Story Magic III – Mapping Journeys” I ended with an interest in borrowing Sylvia Plath’s Yetzer HaRah – Unfocused Creative Drive for addressing that specific Yetzer/Creative Drive; the one that prevents me from developing a strong sense of identity.

(I beg Sylvia Plath’s forgiveness for even implying her drive is unfocused or is destructive. However, her words are so powerful and consistent with the Zohar’s (Volume 1 165b) description of the Yetzer as a Guide To & On One’s Path, I had to borrow her words.)

“The Midnight Library” describes a brilliant young woman crushed by her “Book of Regrets” and the agony of wanting to live so many lives that she fails to live any.

A Different Sort of Creative Drive

You may recall the original “Story Magic” was dedicated to Brian Ross, whose only response was to express disappointment that I did not mention Robert Frost in “The Straight Way Was Lost.” (As if I were so predictable!)

I turned in desperation to The Arch-Criminal who directed me to Kay Ryan’s essay on Robert Frost’s “Private Notebooks”  (and his Yetzer/Creative Drive)  in, “Synthesizing Gravity,” entitled, “I Demand To Speak With God.”

His natural rhetorical stance is dialogue, even when he’s the only one talking, in which case he calls it “Self-repartee” or “my part in a conversation in which the other part is more or less implied.” Frost never doubts the generative potential of his own mind: “The best mind asks and answers his own questions not the questions asked by others.” Here’s a typical bit of Frost fun:

I demand to speak with God

What is your business with God

I couldn’t explain that to anybody but God

I’m not including the rest of the poem because I want to focus on Yetzer as creative drive. I prefer to not be distracted by

There is not God

So much the better perhaps. Because that rules out

half my business. If there is no God there

can be no future life. The present life is all

I should have to worry about.

We also wanted to discuss a quote from E. T. A. Hoffmans, “Mademoiselle de Scuderi”:

“Inwardly torn apart, alienated from all earthly life, Mlle. de Scuderi had no more desire to live in a world full of hellish delusion. She accused destiny for the bitter irony with which it had granted her so many years of life to reinforce her belief in virtue and faithfulness, only to destroy, now that she was an old woman, the beautiful image that had shed its light on her whole life.”

“Where is your Self to be found? Always in the deepest enchantment that you have experienced.” Hugo Von Hofmannsthal

W.H. Auden, in “A Certain World,” spends time discussing the idea of enchantment and its dangers:

“The state of enchantment is one of certainty. When enchanted, we neither believe, nor doubt, nor deny; we know, even if, as in the case of a false enchantment, our knowledge is self-deception.”

A Different Sort of Creative Drive

Creative Drive: The “Purchase” of the Birthright, Stealing the Blessings

A Different Sort of Creative Drive:

“Jacob then got fresh shoots of poplar, and of almond and plane, and peeled white stripes in them, laying bare the white of the shoots.

The rods that he had peeled he set up in front of the goats in the troughs, the water receptacles, that the goats came to drink from. Their mating occurred when they came to drink,

and since the goats mated by the rods, the goats brought forth streaked, speckled, and spotted young.

But Jacob dealt separately with the sheep; he made these animals face the streaked or wholly dark-colored animals in Laban’s flock. And so he produced special flocks for himself, which he did not put with Laban’s flocks (Bereishit 30:37-40 – sefaria.org).”

We can probably include his multi-layered strategy preparing for his confrontation with Eisav.

Disillusionment: The Rape of Dinah

“This, then, is the line of Jacob: At seventeen years of age, Joseph tended the flocks with his brothers, as a helper to the sons of his father’s wives Bilhah and Zilpah. And Joseph brought bad reports of them to their father.

Now Israel loved Joseph best of all his sons, for he was the child of his old age; and he had made him an ornamented tunic (37:2-3).”

A Different Sort of Creative Drive: Master of House of Potiphar & Master of Prison

Disillusionment: Extra Two Years in Prison: “After two years’ time, Pharaoh dreamed that he was standing by the Nile (41:1),” and, as Rashi comments at the end of Chapter 40: “Because Joseph had placed his trust in him that he should remember him he was doomed to remain in prison for two years. So it is said (Psalms 40:5) “Happy is the man who makes the Lord his trust and turns not to the arrogant” — i.e. does not trust in the Egyptians who are called arrogant (Genesis Rabbah 89:3 cf. Isaiah 30:7).”

Enchantment: “His actions were childish: he dressed his hair, he touched up his eyes so that he should appear good-looking (Genesis Rabbah 84:7).” Rashi 37:2

“But think of me when all is well with you again, and do me the kindness of mentioning me to Pharaoh, so as to free me from this place.

For in truth, I was kidnapped from the land of the Hebrews; nor have I done anything here that they should have put me in the dungeon (40:14-15).”

A person’s creative drive can open a path for greatness or less than greatness.

In all the Magic of These Stories we are observing great people learning to master the balance.

I hope you will be patient with me as I pause to reflect on Chanukah, Yaacov and Yosef and Mastering The Art Of Insights.