Looking For Babel VII - In Mutual Respect By RABBI-SIMCHA-WEINBERG on DECEMBER 21, 2020

Countdown To Chanukah 10 - Celestial Light By RABBI-SIMCHA-WEINBERG on NOVEMBER 29, 2020

in Good & Evil, New Post, Portion of the Week, Self Perfection by Rabbi Simcha Weinberg on 11 Dec, 2020 0 Comments 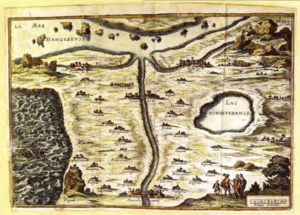 One of the innumerable reasons for revering Homer Simpson is that he once coined a memorably pithy definition of fiction. At the end of one episode of The Simpsons the family is shown mulling over the preceding plot-line in an endeavor to discern what lesson it might have held for them. Marge, Lisa and Bart, having each failed to determine the story’s moral, Homer, ever the bluff Johnsonian pragmatist, retorts that it had none. It was, he grunts in his inimitably uncouth fashion, ‘just a bunch of stuff that happened!’

Hopefully, Torah, as we have been exploring in Story Magic Parts One & Two, is never just a story.

Gilbert Adair, from whom I copied the opening paragraph, indirectly convinced me in his introduction to E.T.A. Hoffman’s  Mademoiselle de Scuderi to read the story when considering Laban;

“… a perfectionist so perversely in thrall to his own perfection that he cannot bear to part with the exquisite artifacts in which that perfection has been invested. The artist as murderer, the intellectual as monster…” (Can anyone in our discussion about the Yetzer HaRah – The Wasted Creative Drive please remind me to add this to our discussions? I hope to incorporate it into the idea of “Enchantment.”

There’s a point in the story at which the Yetzer Harah, in a fit of innocence and passion attacks the title character: “Inwardly torn apart, alienated from all earthly life, Mlle. de Scuderi had no more desire to live in a world full of hellish delusion. She accused destiny for the bitter irony with which it had granted her so many years of life to reinforce her belief in virtue and faithfulness, only to destroy, now that she was an old woman, the beautiful image that had shed its light on her whole life.”)

The Map of Tendre

It’s impossible to study Laban without delving into his interactions with Jacob.

It’s impossible to study Jacob without paying attention to his journey, especially as described in VaYeitzei, and he left, which culminates in, “Jacob went on his way, and angels of God encountered him (32:2).”

So, as the Zohar (Volume 1 65b) reminds us, when dealing with the Yetzer Harah and with Jacob we must keep in mind, “For He will direct His angels (Yezter Tov and Yetzer haRah)  to guard you wherever you go (Psalms 91:11).”

We are back to Journeys.

For that we need a map.

We are fortunate that the actual Madeleine de Scuderi’s novel, Clelie, included the map of an imaginary country called Tendre, or, Tenderness. It guides the reader through the challenging terrain in a love affair.

Setting out from New Friendship, you go to the town of Pretty Poems, en route to Love Letter, and Sincerity, though any slight detour you might find yourself in Casualness, and Forgetfulness, possibly ending up in Lake of Indifference. Some travel to Perfidy and Spiteful Gossip, head for stormy Sea of Enmity.

Torah Stories as Map for our Halacha/Journeys

We can map out Jacob’s Map by Angels.

We begin with, “He had a dream; a stairway was set on the ground and its top reached to the sky, and angels of God were going up and down on it (Bereishit 28:12),” continue to more angels in another dream,

“Once, at the mating time of the flocks, I had a dream in which I saw that the he-goats mating with the flock were streaked, speckled, and mottled.

And he said, ‘Note well that all the he-goats which are mating with the flock are streaked, speckled, and mottled; for I have noted all that Laban has been doing to you.

I am the God of Beth-el, where you anointed a pillar and where you made a vow to Me. Now, arise and leave this land and return to your native land.’ (31:10-13)”

We have Jacob discovering his path and, “Jacob went on his way, and angels of God encountered him (32:2).”

We quickly turn to, “Jacob sent angels as messengers ahead to his brother Esau in the land of Seir, the country of Edom (Verse 4,)” leading to the most famous scene,

“So Jacob named the place Peniel, meaning, “I have seen a divine being face to face, yet my life has been preserved (32:31),”

with a hint of what happened in,

“But Jacob said, “No, I pray you; if you would do me this favor, accept from me this gift; for to see your face is like seeing the face of God, and you have received me favorably (33:10).”

Is it possible that when Jacob insisted he never shared his dream, and that I could figure out how people knew was because of all these angels along his journey?

My father zt”l had a practical approach to:

My father explained that one should have a sense that his rabbi speaks to his heart, as if God sent this person just for me.

Using that approach, I can map out my “angel” life .

My father was definitely my Angel; created just for me. “If the rabbi is similar to an angel of the Lord of hosts, seek Torah from his mouth!”

(Even my sister Naomi, but please don’t tell her!)

My Rebbi, Rabbi Yochanan Zweig, may he live and be well, is Heaven sent just for me. “If the rabbi is similar to an angel of the Lord of hosts, seek Torah from his mouth!”

Debbie is my angel of angels; created just for me.

Many of the people with whom I study are my “angels,” in that each feels heaven sent to help me refine different characteristics or ideas.

When I look at all my “angels,” my dreams become quite clear. There’s no need to describe in detail.

Jacob didn’t need to share the details of his dream for us to know. We can look at the Map of His life and we will uncover must of the details.

There is an aspect to Torah offering a mirror image of Story Magic:

The magic of Halacha/Journey to help us write our story.

Please remind me about the Yetzer Harah discussions above, especially since I need to borrow Sylvia Plath’s Yetzer for the next stage of Story Magic…