in Dreams, New Post, Personalities, Portion of the Week by Rabbi Simcha Weinberg on 05 Dec, 2020 0 Comments 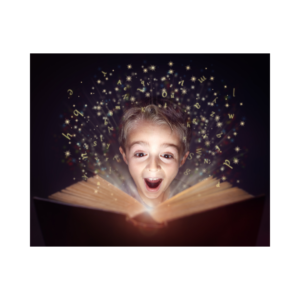 The following is dedicated in honor of Brian Ross – in memory of his father z”l, – for two reasons:

In “the Best of Gregory Clark,” page 27, is “McAllister,” one of my favorite of his columns.

The essay begins with a lament familiar to me:

“Once more, my veracity is in question.” (There are people who don’t believe my time machine stories or that I was ever the star reporter for the BNN – Biblical News Network!)

From Mr. Geo. McAllister in New Brunswick comes this letter:

For a great many years now I have been reading your stories. And I must say I can no longer believe you. How can so many things happen to one man? I am sixty-four years of age and have lived a pretty average life, travelled extensively, been exposed to life as much as most men. But off hand, I can’t think of a darn thing that has ever happened to me. Do you think it is fair for a man like to you to pretend life is so interesting? I bet you make most of it up. By the way, I went to school with your brother Joe. Give him my regards, if he is still in the land of the living.

No, McAllister, I don’t make things up. And I don’t think much more has happened to me than to most men. All I do is make more of what happens to me. And maybe if I showed you the trick, you could catch on to it, even if you are sixty-four. I’m sixty-three.

Look thy first on all things lovely, and fix it so that you will never forget!

Fix it. Dramatize it. Have fun with it. Make it an occasion, whether it is lovely or unusual, odd or strange, or in any way to be remembered. For memory, after all, is the sweetest story ever told.

Gregory Clark continues with a story about his brother Joe and him in the First World War:

They hadn’t seen each other in fourteen months. Gregory had ten days leave in London and he went to Simpson’s in the Strand for a magnificent dinner of roast beef.  He was shown into a cubicle and then,

“Now, look you, McAllister. What would you have done in my case? Would you have leaped and run up the aisle of the restaurant, and whacked your brother on the back and so, joyously and hilariously, have joined their party?

Aha, McAllister, now I will let you into the secret. I will show you how to fix it. How to dramatize it, how to encyst it in the golden amber of memory:

… I signaled the head waiter and asked him to ask my brother for his autograph for a stranger in another booth.

… I could hear Joe coming, asking the head waiter which cubicle.

You see, McAllister? It is all a little trick.

OK, Brian McAllister Ross, I can already hear you asking how is he going to fix this excellent story? How will he dramatize it? How will he make it a memory?

It was already fixed, dramatized, and encysted by Joseph! (Just before my mother a”h moved to a higher world I wrote my favorite series of blogs, “Master of Memory,” about Joseph.)

These beads of coloured days,

This self the string…