The Straight Way Was Lost 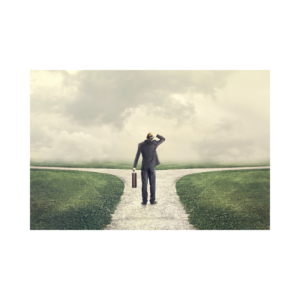 I read each stage of this week’s parsha and I kept thinking of the opening line of Dante’s Divine Comedy: “In the middle of the journey of our life I came to myself in a dark wood where the straight way was lost.”

“Jacob took an opportunity to pause and integrate in the land where his father had passed through many stages, the land of Canaan (Bereishit 37:1),” on which Rashi comments, “but this trouble in connection with Joseph suddenly came upon him.”

Jacob, not Israel – Yisrael – as if he paused because he knew that the straight way – yashar – was lost.

“Are not the righteous satisfied with what is stored up for them in the world to come that they wish to prepare for the next step while at ease in this world too! (Genesis Rabbah 84:3)

Is the desire to pause (Vayeishev – Shabbat/vaYishbot), reflect and prepare (Vayeishev – Teshuva) too much to desire in this world? Is such a desire too much?

Do we not pray for just that ease every Shabbat (vaYeishev, vaYishbot, Teshuva):

Jacob and his sons rest thereon—

a rest of love and free will,

a rest of truth and faith(fulness),

a rest of peace and tranquility,

and of serenity and security,

with which You are pleased.

“In the middle of the journey (megurei – ‘stages of life) of our life I came to myself in a dark wood where the straight way was lost.”

Is there any stage of Joseph’s life in which the way ahead is straight?

It seems that the one time he could believe his next stage was straight ahead he lost his way:

‘Joseph said to him, “This is its interpretation: The three branches are three days.

In three days Pharaoh will pardon you and restore you to your post; you will place Pharaoh’s cup in his hand, as was your custom formerly when you were his cupbearer.’

Is it unreasonable to believe God is revealing the straight path ahead for Joseph?

With that in mind, he continues:

“But think of me when all is well with you again, and do me the kindness of mentioning me to Pharaoh, so as to free me from this place.

For in truth, I was kidnapped from the land of the Hebrews; nor have I done anything here that they should have put me in the dungeon (40:12-15).”

Yet, we are taught, “…the straight way was lost”:

“Yet the chief cupbearer did not think of Joseph; he forgot him (Verse 23).”

Rashi explains: “Because Joseph had placed his trust in him that he should remember him he was doomed to remain in prison for two years. So it is said (Psalms 40:5) “Happy is the man who maketh the Lord his trust and turns not to the arrogant” — i.e. does not trust in the Egyptians who are called arrogant (Genesis Rabbah 89:3 cf. Isaiah 30:7).”

“But when Reuben heard it, he tried to save him from them. He said, “Let us not take his life.”

And Reuben went on, “Shed no blood! Cast him into that pit out in the wilderness, but do not touch him yourselves”—intending to save him from them and restore him to his father (37:21-22).”

Reuben’s life had taken some wrong paths, but in this moment he saw an opportunity to repent. He saved the life of Rachel’s son, deliberately and strategically repairing his impetuous violation of his father’s priorities.

“When Reuben returned to the pit and saw that Joseph was not in the pit, he rent his clothes (Verse 29).” Rashi comments, he was too busy in his Vayeishev – Teshuva – “he had not sat with them at the meal because he was occupied with his sack-cloth and fast in penitence for having disturbed his father’s couch (Genesis Rabbah 84:19).”

His very vayeishev – teshuva, just as did his father’s, prevented him from his straight path of restoring his brother to Jacob, completing his Teshuva.

“About that time Judah left his esteemed position with his brothers and camped near a certain Adullamite whose name was Hirah (38:1).”

The son destined for greatness found his path hidden in darkness as Rashi explains:

Why is this section placed here thus interrupting the section dealing with the history of Joseph? To teach that his brothers degraded him from his high position. When they saw their father’s grief they said, “You told us to sell him: if you had told us to send him back to his father we would also have obeyed you” (Genesis Rabbah 85:2).

So, Judah found a new path, he married, had children and married off one son.

And then, the “straight path was lost…”

“But Er, Judah’s first-born, was displeasing to the LORD, and the LORD took his life.

Then Judah said to Onan, “Join with your brother’s wife and do your duty by her as a brother-in-law, and provide offspring for your brother.”

But Onan, knowing that the seed would not count as his, let it go to waste whenever he joined with his brother’s wife, so as not to provide offspring for his brother.

What he did was displeasing to the LORD, and He took his life also.”

Judah did as fathers do, and chose his path, at least the one he considered Yashar – straight:

“Then Judah said to his daughter-in-law Tamar, “Stay as a widow in your father’s house until my son Shelah grows up”

Hmmm, perhaps straight in his intention but certainly not straight with Tamar – “… the straight path was lost.”

So Tamar went to live in her father’s house.”

Tamar, with whom no one has been straight, “So she took off her widow’s garb, covered her face with a veil, and, wrapping herself up, sat down at the entrance to Enaim, which is on the road to Timnah; for she saw that Shelah was grown up, yet she had not been given to him as wife.”

Tamar sat at the crossroads.

She was not straight with Judah. She pretended to be someone else. She tricked him

“As she was being brought out, she sent this message to her father-in-law, “I am with child by the man to whom these belong.” And she added, “Examine these: whose seal and cord and staff are these?”

I will not publicly embarrass you.

You see the truth of what happened.

Choose your next step.

What is your true essence?

The path was clear:

‘Judah recognized them, and said, “She is more in the right than I, inasmuch as I did not give her to my son Shelah.” And he was not intimate with her again.’

Judah’s Teshuva – Vayeishev  allowed him to find his path straight ahead.

I consider each stage of the past year, Covid, quarantine, elections, moving, projects, and I keep thinking of the opening line of Dante’s Divine Comedy: “In the middle of the journey of our life I came to myself in a dark wood where the straight way was lost.”

Were we able to find a healthful Vayeishev while stuck inside?

If we were successful in transforming quarantine into a productive Vayeishev are there lessons for the Tenth of Tevet – The Babylonian Siege of Jerusalem?

Can one find Vayeishev – Teshuva – Vayishbot – Shabbat  when surrounded by the storms of life?