The Plan: A Collection of Schizophrenias 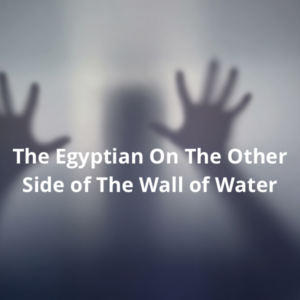 By the time I turned the first page of Esmé Weijun Wang’s compelling, “The Collected Schizophrenia’s,” I knew I had to share my initial Biblical DSMII diagnosis of Pharaoh, the purpose of his illness, and my concern over his heightened vulnerability to Covid and the ensuing risk for Moshe and Aaron on each visit to the king’s palace.

I know that all good Egyptian citizens read today’s report on the correlation between Schizophrenia and Covid, and the risks, so I also want them to be aware of the great risk to all surviving Egyptians from Pharaoh’s risky behavior.

Unfortunately, it seems that the rumors he was not wearing a mask are accurate. Some people have described suffering Covid as drowning, none more emphatically than Pharaoh in the final moments of his life.

People speak of schizophrenics as though they were dead without being dead, gone in the eyes of those around them. Schizophrenics are victims of the Russian word gibel, which is synonymous with “doom,” and “catastrophe,” –  not necessarily death nor suicide, but a ruinous cessation of existence; we deteriorate in the way that is painful for others.

{Author’s note: If you have any doubt about my diagnosis of Pharaoh’s diagnosis,

A diagnosis is comforting because it provides a framework – a community, a lineage – and, if luck is afoot, a treatment or cure. A diagnosis says that I am crazy, but in a particular way: one that has been experienced and recorded not just in modern times, but also by the ancient Egyptians, who describe the condition similar to schizophrenia in the Book of Hearts, and attributed psychosis to the dangerous influence of poison in the heart and uterus. Ancient Egyptians understood the importance of sighting patterns of behavior. Uterus, hysteria; heart, a looseness of association. They saw the utility of giving those patterns names.

Even the Ancient Egyptian Psychiatric Association diagnosed Pharaoh’s illness: He was crazy.

Could we expect anything other than bizarre behavior when he is being so manipulated by God and Moses, and actually having God fiddle with his brain and heart?

‘Then I will stiffen Pharaoh’s heart and he will pursue them, that I may gain glory through Pharaoh and all his host; and the Egyptians shall know that I am the LORD. And they did so.

When the king of Egypt was told that the people had fled, Pharaoh and his courtiers had a change of heart about the people and said, “What is this we have done, releasing Israel from our service?” (Exodus 14:4-5)’

Recovery from schizophrenia, almost never complete, runs the gamut from a level tolerable to society to one that may not require a permanent hospitalization but in fact does not allow even the semblance of normal life.

More than any symptom, the defining characteristic of the illness is the profound feeling of incomprehensibility and inaccessibility that sufferers provoke in other people.

A Training Exercise for Moshe

Moshe had to be prepared for leading a nation that would regularly provoke the “profound feeling of incomprehensibility and inaccessibility that sufferers provoke in other people.”

And they said to Moses, “Was it for want of graves in Egypt that you brought us to die in the wilderness? What have you done to us, taking us out of Egypt?

*‘In the wilderness, the whole Israelite community grumbled against Moses and Aaron.

The Israelites said to them, “If only we had died by the hand of the LORD in the land of Egypt, when we sat by the fleshpots, when we ate our fill of bread! For you have brought us out into this wilderness to starve this whole congregation to death.” (16:2-3)’

*‘And Moses said to them, “Let no one leave any of it over until morning.”

But they paid no attention to Moses; some of them left of it until morning, and it became infested with maggots and stank. And Moses was angry with them (Verses 19-20).’

*‘The people quarreled with Moses. “Give us water to drink,” they said; and Moses replied to them, “Why do you quarrel with me? Why do you try the LORD?”

But the people thirsted there for water; and the people grumbled against Moses and said, “Why did you bring us up from Egypt, to kill us and our children and livestock with thirst?” (17:2-3)’

[Author’s Note: The Four Children of the Haggadah}

The whole world is crazy.

My advantage is that I know I’m crazy!”