A Painful Silence By RABBI-SIMCHA-WEINBERG on DECEMBER 20, 2020

The Plan: Setting The Stage I

in New Post, Portion of the Week, Shabbat, Torah by Rabbi Simcha Weinberg on 26 Jan, 2021 0 Comments 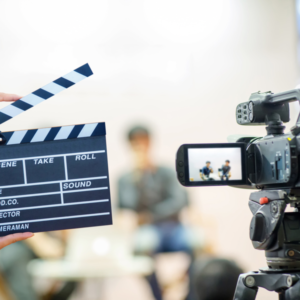 How ironic that listening to my (much) older sisters speak about Aviva a”h as we marked the completion of the 30 days since she left this world would connect me to some of the happiest moments of my childhood!

The last time I actually saw Aviva, she must have been in a terrible insecure mood because she asked me to stop calling her, “Oh! Most Ancient Sister!” Or, “Most Ancient Sister in Eighth Decade!” I sincerely hope she no longer is bothered by being so ancient.

Listening to my other (much older) sisters speak, I pictured my father zt”l kvelling in Heaven. What a blessing to have such daughters! I immediately remembered him listening to all four of them sing at the Shabbas table in perfect harmony. Those are happy memories; not just the singing, but the pleasure on his face, at least until I offered to join with my unique singing skills.

I listened to them speak and remembered what our Friday night Shabbas table was like. The legendary  613 Mitzvot training was on Shabbat morning. Friday nights were for Twenty Questions.

Although we began the game according to the normal rules, “animal or vegetable etc.” our version quickly shifted to asking Twenty Questions on absolutely anything and everything. I listened to my sisters speak and realized they know more and speak better than most rabbis because of those Shabbat adventures.

Then, Naomi spoke. I automatically expected her to be able to quote the Talmud and read it as our father would have read it, and explain it in a natural flowering of its beautiful ideas. I credit that skill as much to Friday nights as countless discussions and careful responses to challenging questions.

There was a quality to Naomi’s presentation that is so rare and powerful; she pictured the scene. She made it come alive. We could actually listen in to a conversation between Pharaoh and a five-year-old girl named Miriam (no, not my sister, but quite similar). I am often criticized for my irreverence when describing certain biblical scenes, but Naomi’s words reminded me why I think that way: “The Ed Sullivan Show.”

Naomi and I would act out scenes from the weekly portion as part of our own “Ed Sullivan Show.” For some reason, my nickname was Topo Gigio. One sister would be Ed Sullivan introducing the “Pharaoh and Miriam” act, the “Moshe Left His Shoes At the Burning Bush,” and, “The Song of the Sea as sung by Simon & Garfunkel.” I didn’t enjoy “Joseph and His Sisters,” because it was assumed that Topo Gigio would be thrown into the pit, but an older version would rule Egypt.

Listening to Naomi was watching her, she still looks the same to me, acting in our very special version of “Ed Sullivan.” Without question, one of the best parts of childhood.

One of the best parts, but not the best.

As you can imagine, it took detailed planning for such brilliant acts. There were technical challenges, such as all the questions that would arise from our “Twenty Questions” training, but we had the absolutely best technical advisor in the world. We could climb on his lap, one on each knee, and journey anywhere and everywhere in Tanach more tangibly than a movie or any television show. We actually believed our father had been there watching Moshe at the Bush.

Listening to Naomi, I suspect she does as well.

Best part of childhood. Nothing better.

Beshalach, Burning Bush, Joseph and his Brothers, Moshe, Song of the Sea