in General Providence, New Post, Portion of the Week, Self Perfection by Rabbi Simcha Weinberg on 15 Jan, 2021 0 Comments 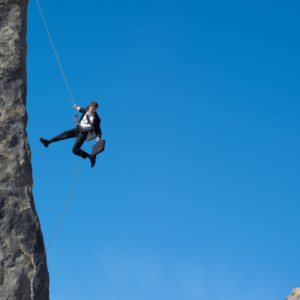 We concluded, The Plan: What’s Next with

‘God demonstrates this very lesson to the magicians themselves.

“You may be able to play with nature and secret powers, but you must begin by mastering yourselves or you will collapse.”

The people of Egypt understand this, as does Moshe, as we will see in the following plague.’

We saw that the magicians lacked the capacity to reify the most profound insights. The Egyptian people were now afforded the opportunity to act for the most practical reasons, without the great perceptions.

Except, as much as we would expect practical sense, even the common Egyptians processed the next challenge as Acting on Principle:

‘But you are still oppressing My people refusing to send them out.

Tomorrow at this time, I will cause it to rain [down] a tremendously heavy hail. There was never anything like it in Egypt, from the time it was founded until now.

Now send [word] and gather [shelter] your livestock and all that you have in the field. Any man or beast that is found [remains] in the field and will not be brought into the house [indoors]—the hail will descend upon them and they will die.”

He that feared the word of God among Pharaoh’s servants, made [gathered] his servants and his livestock flee into the houses [indoors].

But he whose heart did not heed the word of God, left his servants and his livestock in the field.(9:17-221).

“He that feared the word of God among Pharaoh’s servants, made [gathered] his servants and his livestock flee into the houses [indoors].” I don’t get it; why did they need to ‘fear the word of God’?

Wouldn’t it make sense to bring in your servants and livestock just in case?

“But he whose heart did not heed the word of God..,” is not someone who lacks fear, but someone whose heart rejects the fear of God. Imagine someone at this point of the plagues ignoring Moshe’s warning!

People actually rejected an opportunity to save their servants and livestock because they refused to acknowledge any credence to ‘the word of God!’

It’s clear that people appreciated the power of action.

“The Plan” was working!

Pharaoh was beginning to understand as well:

‘And Pharaoh sent, and called for Moshe and Aharon, and said to them, “I have sinned this time: the Lord is righteous, and I and my people are wicked” (Verse 27).’

Don’t you just love how he adds “and my people” to his confession of guilt!

The children’s song is inaccurate.

God doesn’t want Pharaoh and the Egyptians to passively, “Let them go!”

God wants them to Send His People Out!

God wants them to actively free the people.

They cannot act in protecting their property and then not actively set them free!

What will be the first active step for the Children of Israel?