The Plan: The Lightning Bush 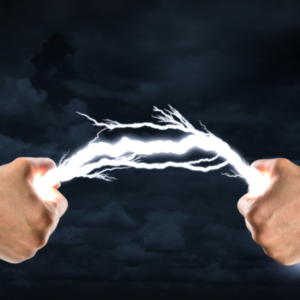 In the Aeneid, the Roman poet Virgil describes the vast cave inhabited by the god Vulcan and his worker-drones, the Cyclopes.

It is here, Virgil defines the lightning bolt of Jupiter as informatum – forged or given shape beneath their hammers.

To in-form meant to give a shape to matter, to fit it to an ideal type;

informatio was the shape given.

It’s in this sense that Cicero spoke of the arts by which young people are ‘informed in their humanity’,

and in which the church father, Tertullian, calls Moses populi-informator, the shaper of the people.

My initial thought was to think of the Burning Bush as Informatum, the Lightning Bolt, or, in this case, Bush, as the Shaper.

Is it possible that Moses is introduced to Torah, his role as teacher, as “Shaper of People”?

Is this where Moses is introduced to the idea that he, the teacher, shaper, must first, himself, be shaped by God?

Is this where Moses is introduced to the “Plan”?