The Plan: What’s Next?

in General Providence, New Post, Portion of the Week, Self Perfection by Rabbi Simcha Weinberg on 15 Jan, 2021 0 Comments 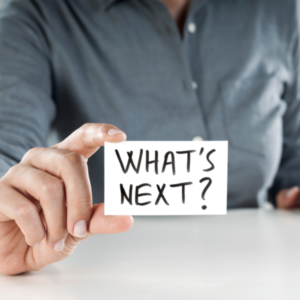 In, “The Plan: Introduction To Exodus,” we asked,

Why were Ten Plagues necessary to free the Children of Israel from Egypt?

Why did Pharaoh need to be so thoroughly manipulated?

Why did the magicians play such an important role?

Why did the average Egyptian citizen have to suffer?

Why were the Children of Israel guided through so many steps?

There was clearly a plan.

If we examine the situation through the oral surgeon’s X-rays, we will realize that

“Some teeth needed to be pulled, some rotated, others pushed back or forward or sideways.

Nor could everything be done at once.

We then asked in, “The Plan: The Lightning Bush,”

My initial thought was to think of the Burning Bush as Informatum, the Lightning Bolt, or, in this case, Bush, as the Shaper.

Is it possible that Moses is introduced to Torah, his role as teacher, as “Shaper of People”?

Is this where Moses is introduced to the idea that he, the teacher, shaper, must first, himself, be shaped by God?

Is this where Moses is introduced to the “Plan”?

In our Parsha Learning this past Sunday, we focused on the “lesson” for the Egyptians of each plague, how the Children of Israel were not directly addressed during the course of the first six (please see, “Missing Conversations,” and “Part Two”), and how Pharaoh understood and appreciated prayer far beyond the conceptions of ours.

We also wondered why Pharaoh was not impeached twice!

All of these ideas are steps in The Plan.

Is that not the most reasonable reaction?

Do we find the Egyptians, at any point, examining their suffering and losses? I understand that Pharaoh, to some degree, is being manipulated. Did his advisors, the same ones who will, before the seventh plague, finally stand up to their king, perform a Post Plague MRI evaluation?

‘Pharaoh’s courtiers said to him, “How long shall this one be a snare to us? Let the men go to worship God, their Lord! Are you not yet aware that Egypt is lost?” (10:8)’

If that short outburst is all they managed, it seems that no self-reflection took place.

Did their lack of self-awareness play a role in The Plan?

Was part of The Plan for “Moshe of The Lightning Bush” to recognize this type of weakness?

Filling In The Conversation

I think that somewhere in this Missing Conversation, we are actually being guided in understanding why the Children of Israel are not directly addressed in Va’eira.

“And the magicians did so with their secret arts to bring forth lice, but they could not: so there were lice on man and beast.

Then the magicians said to Pharaoh, ‘This is the finger of the Lord’: and Pharaoh’s heart was hardened, and he hearkened not to them; as God had said (Exodus 8:14-15 – sefaria.org).”

Generations of Torah studiers from the Sages of the Talmud and Midrash to the Kabbalists, from the earliest commentators to the most modern, have explored the depths of, “This is the finger of God!”

What does “The Finger” represent?

Why a finger and not a hand?

What did the magicians understand?

It’s so significant a point that we dedicate an important section of the Haggadah to exploring “The Finger”:

‘Rabbi Yose Hagelili says, “From where can you [derive] that the Egyptians were struck with ten plagues in Egypt and struck with fifty plagues at the Sea?

In Egypt, what does it state? ‘Then the magicians said unto Pharaoh: ‘This is the finger of God’ (Exodus 8:15).

And at the Sea, what does it state? ‘And Israel saw the Lord’s great hand that he used upon the Egyptians, and the people feared the Lord; and they believed in the Lord, and in Moshe, His servant’ (Exodus 14:31).

How many were they struck with with the finger? Ten plagues.

Here we are, thousands of years later, discussing what the magicians perceived, and yet, despite the unimaginable clarity with which they reached this insight, they simply move on without reflecting on what they recognized. They identified “The Finger,” but they did not grasp it, metaphorically or practically!

Moshe had to see how often we lose everything because of, (as JP points out about parenting), “The gap between theory and practice.”

As the Yesod Ha’Avodah often pointed out, “The gap between the brain and the heart is often greater than that between Heaven and earth.”

(For those in the Yetzer HaRah discussion; this gap is one of the most formidable weapons in its arsenal.)

Moshe could not afford to directly speak to the people at this point because they were not ready to respond to an experience. They, as the magicians, could and would perceive “The Finger of the Lord,” but wouldn’t think of what to do with the revelation. They, too, would have failed to reach out to grasp “The Finger.”

Each time we gain and insight and fail to ask, “so, how can we apply this, what can we do with it,” we harden our hearts!

Moshe cannot speak with the people about everything going on around them until their natural reaction will be, “How can we put this into action?”

and that thou mayst tell in the ears of thy son, and of thy son’s son, what things I have done in Miżrayim, and my signs which I have done among them; that you may know that I am the Lord (10:1-2).’

God demonstrates this very lesson to the magicians themselves.

“You may be able to play with nature and secret powers, but you must begin by mastering yourselves or you will collapse.”

We see this in the Plague of pox:

“And they took soot of the furnace, and stood before Pharaoh; and Moshe sprinkled it up heavenwards; and it became a pox breaking out in blisters on man and beast.

And the magicians could not stand before Moshe because of the pox; for the pox was on the magicians, and on all Egypt (9:10-11).”

The people of Egypt understand this, as does Moshe, as we will see in the following plague.