The Character in the Storm Part Two By RABBI-SIMCHA-WEINBERG on JANUARY 5, 2012

in Dreams, Free Will, New Post, Portion of the Week by Rabbi Simcha Weinberg on 13 Dec, 2020 0 Comments 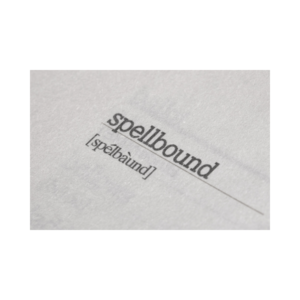 The First Edition of the London Review of Books, the beginning of a long relationship with superb writing of masters with whom I disagree on most important ideas, began with the following paragraph:

“Borges has written (and it is certainly true of Borges) that the writer is like a member of a primitive tribe who suddenly starts making unfamiliar noises and waving his arms about in strange new rituals. The others gather round to look. Often they soon get bored and wander off, but sometimes they become hypnotised, remain spellbound until the rite comes to an end, adopt it as a part of tribal behaviour (John Bayley on William Golding’s ‘Darkness Visible’).

(I gratefully acknowledge Eric Kaplan’s reminder to be more sensitive when quoting essays and books from less sensitive times – such as Gregory Clark’s descriptions of Indians (Everyday Song), and specifically the reference above to “primitive tribe.” I definitely would not use such terms in our era!)

Would you agree that a scenario such as, “sometimes they become hypnotised, remain spellbound until the rite comes to an end, adopt it as a part of tribal behaviour,” is a dangerous form of Yetzer Harah – The Anti-Creative Drive?

I wonder because we still have The Dreamer: Josef;

The Guardian of Dreams: Jacob, “So his brothers were wrought up at him, and his father kept the matter in mind (Bereishit 37:11 – sefaria.org).”

The three, under the brilliant arm waving, unfamiliar noise making direction of Tzafnat Pa’aneiach, reconnect in this week’s portion, Miketz.

At first glance it seems that The Anti-Dreamers have been hypnotized by the Egyptian Viceroy, accepting the ritual of accusations, magical insights, gifts and threats.

I wonder if their own efforts to hypnotize their father, The Guardian of Dreams,  made them vulnerable to the strange arm waving, strange noise making Egyptian.

‘Then they took Joseph’s tunic, slaughtered a kid, and dipped the tunic in the blood.

They had the ornamented tunic taken to their father, and they said, “We found this. Please examine it; is it your son’s tunic or not?”

He recognized it, and said, “My son’s tunic! A savage beast devoured him! Joseph was torn by a beast!”

Jacob rent his clothes, put sackcloth on his loins, and observed mourning for his son many days.

The Guardian of Dreams has been hypnotized into forgetting the dreams.

All his sons and daughters sought to comfort him; but he refused to be comforted, saying, “No, I will go down mourning to my son in Sheol.” Thus his father bewailed him (37:31-35).’

The mourning lasted twenty-two years; it became his ritual!

The arm-waving, false noise making hypnotists are themselves hypnotized by a far more sophisticated hypnotist-Dreamer-Story Magician:

The Anti-Dreamers ignore the BNN report that the viceroy of Egypt has given his sons Hebrew names:

‘Joseph named the first-born Manasseh, meaning, “God has made me forget completely my hardship and my parental home.”

‘For though Joseph recognized his brothers, they did not recognize him.

Recalling the dreams that he had dreamed about them, Joseph said to them, “You are spies, you have come to see the land in its nakedness.”

Famous for their super strength, they don’t question the ease with which:

‘Let one of you go and bring your brother, while the rest of you remain confined, that your words may be put to the test whether there is truth in you. Else, by Pharaoh, you are nothing but spies!”

And he confined them in the guardhouse for three days (Verses 16-17).’

‘On the third day Joseph said to them, “Do this and you shall live, for I am a God-fearing man,” (Verse 18) doesn’t catch their attention!

And so on and so forth.

The arm-waving, false-noise making, Anti-Dreamers who have their great father under their spell, are in thrall to the Dreamer – Story Magician.

‘If you are honest men, let one of you brothers be held in your place of detention, while the rest of you go and take home rations for your starving households;

but you must bring me your youngest brother, that your words may be verified and that you may not die.” And they did accordingly.’ (Verses 19-20)

‘Then Joseph gave orders to fill their bags with grain, return each one’s money to his sack, and give them provisions for the journey; and this was done for them.

So they loaded their asses with the rations and departed from there.

As one of them was opening his sack to give feed to his ass at the night encampment, he saw his money right there at the mouth of his bag.

And he said to his brothers, “My money has been returned! It is here in my bag!” Their hearts sank; and, trembling, they turned to one another, saying, “What is this that God has done to us?” (Verses 25-28)’

Reuben, the brother who saved Joseph’s life, intending to bring him back to Jacob, who connects their current situation to their sin:

‘Then Reuben spoke up and said to them, “Did I not tell you, ‘Do no wrong to the boy’? But you paid no heed. Now comes the reckoning for his blood.” (Verse 22)’

‘Then Reuben said to his father, “You may kill my two sons if I do not bring him back to you. Put him in my care, and I will return him to you.”

But he said, “My son must not go down with you, for his brother is dead and he alone is left. If he meets with disaster on the journey you are taking, you will send my white head down to Sheol in grief.” (37-38)’

Eventually, the brothers are invited to feast with the Viceroy, and they fail to notice something quite obvious:

The brothers are hypnotized by the Story Magician, spellbound by the Dreamer.

Was it their treatment of Jacob that made them vulnerable? Their violation of Josef?

Was this disassociation another form of the Yetzer Harah?