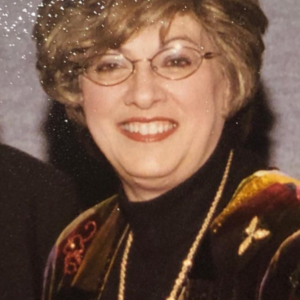 A little more than a week ago I prepared for Shabbat as the Turn Around Moment from three days in the Hebrew month of Tevet that have long been associated with tragedy (Preparing For the 8-9-Tenth of Tevet).

This Shabbat entered and closed seven days of mourning for my sister Aviva z”l.

Although all have been singing her countless praises since her passing, I feel compelled to point out that despite her heroic goodness, brilliance and, from a little brother’s perspective, beauty, she was not normal. Not in any way whatsoever.

From her eleventh birthday and on, for more than a year, she functioned as mother to her three younger sisters. My mother, pregnant with me, was in traction in the hospital. Aviva ran the house.

Even after my mother returned home with her adorable, gorgeous, and perfectly behaved angelic baby, Aviva had to run the house upon returning home from school and her countless projects and programs. Yes, even at that age; I told you she wasn’t normal!

As my mother recovered and went back to work, she needed Aviva to help run her events to raise funds for her multiple charities – including, I might add with false humility, a fashion show starring a 3 year-old girl in fancy dress (now a rebbitzen) walking down the room holding hands with an incredibly adorable and handsome boy her age.

Aviva knew my mother was in pain.

Aviva knew that my mother now, somewhat better, immediately got back to teaching, fundraising and coordinating projects, expecting Aviva to help in every area.

A normal human being would have some resentment.

A normal girl would feel imposed upon.

She watched my mother and was inspired!

She saw the good in what my mother was doing and was so impressed with that vision she failed to see that it’s too much for people like me.

She saw the good and decided to live her life the same way, with the same good.

Even worse; my mother was the same way!

She, as a six-year-old girl watched her parents dedicate everything in their lives to building a yeshiva and to helping others.

She was so focused on the good that she didn’t notice the burdens.

She committed to live her life in commitment to that good.

Rashi (Bereishit 2:5) comments, “When Adam came (was created), however, and he recognized that rain was good for the world, so, he prayed for it and it fell, so that trees and verdure sprang forth.”

His second job was to act upon that recognition; in his case, with prayer.

Hakarat HaTov does not mean Gratitude.

Adam had to recognize the benefit of rain.

He then had to put his recognition in action; prayer.

I suspect that if the Creator “delayed” the full expression of Creation for Adam’s Hakarat HaTov that it was already in Creation, somehow, part of its essence:

“The Lord saw that the light was good, and the Lord separated the light from the darkness (1:4).”

The Creator, as Lord, “The Power that pays attention to each detail,” instilled Hakarat HaTov as part of Creation:

It was ready for, and available to, Adam.

Aviva saw good, when I certainly would have seen imposition on my life.

Aviva lived her life in actions designed to express the good she had identified.

To honor her memory, I, Bli Neder, commit myself to study the laws of Hakarat HaTov and explore ways to express the good that I find.

No, she was definitely not normal, but it was a Good, not normal.

I hope the Almighty will guide me in finding was to live with that same lack of normalcy.

May her memory be a blessing.