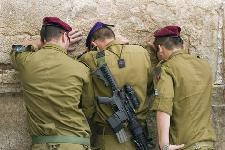 “And in the ninth year of his reign, on the tenth day of the tenth month, Nebuchadnezzar moved against Jerusalem with his whole army. He besieged it; and they built towers against it all around. The city continued in a state of siege until the eleventh year of King Zedekiah. By the ninth day [of the fourth month] the famine had become acute in the city; there was no food left for the common people (II Kings 25:1-3).”

2) And they are four days: The third day of Tishrei, The tenth of Tevet, on which the evil Nevuchadnetsar approached Jerusalem, as it is written in II Kings 25:1 and in Jeremiah 52:4, “in the ninth year of [the rule of Tsidkiyahu] on the tenth month on the tenth of the month, Nevuchadnetsar and all of his army came upon Jerusalem.” And the Holy One, blessed be He, revealed this to Yechezkel – who was in Babylonia with the exile of Yochaniah – in a prophecy on that same day, as it is written (Ezekiel 24:1-2), “And the word of God was upon me in the ninth year on the tenth month on the tenth day, saying, ‘Son of man, write for yourself the name of this day – of this very day – [as] the king of Babylonia approached Jerusalem on this very day.'”

And after he wrote it, He revealed to him, “You should know ‘the king of Babylonia approached Jerusalem on this very day.'” And through this they all saw the true prophecy, as that day and that time were revealed to the prophet in Babylonia. Since, the exact [time] of the day is called “that very day,” as per chatsot hayom (midday).

And [this is] because there were then false prophets who fooled Israel, like Chananiah ben Azur and his colleagues, who prophesied that the Temple would not be destroyed and that Israel would not be exiled from their land, and [so] they strengthened the hands of the sinners. And Yirmiyahu – who rebuked them that they should return to God, and if not, the Temple would be destroyed and Israel would be exiled – they placed in the courtyard of the guardhouse and put him in a pit of mud, as is explained in Jeremiah 38.

Hence, God informed Yechezkel the prophet in Babylonia that Yirmiyahu was a true prophet, and he prophesied in Babylonia all that was happening in the Land of Israel, and that the Tenth of Tevet was the beginning of all the woes. Therefore, they established it as a fast day for the generations.

And it is found in the name of the early ones, that if the Tenth of Tevet would come out on Shabbat, it would push off the Shabbat, as it is written about it, “on that very day,” like Yom Kippur (Beit Yosef, Section 550 in the name of Abudirham). But we do not hold like this, as will be explained (Arukh Hashulchan,  Orach Chaim 549:2).

“On the eight of Tevet the Torah was translated into Greek in the days of King Ptolemy, bringing darkness to the world for three days. What occurred on the ninth was not recorded by our rabbis. On the tenth of Tevet the king of Babylon laid his hand upon Jerusalem to destroy it (Megillat Taanit, Adar 20).”

“it was not known – In our selichot penitential prayers it says that on this day (the ninth of Tevet) Ezra the Scribe died (Mishnah Berurah 580:13).”