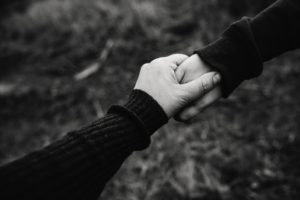 The context fails me, however, I recall a conversation about Tisha b’Av with NK, that triggered a favorite line from Auden’s Oratorio, “Stuck on the stutter of a decimal point.”

One thing led to another, and on Tisha b’Av, Auden’s “Tribute to Melville,” came to mind, “Evil is unspectacular and always human and shares our bed and eats at our table.”

I had Auden on my mind so I reached for “A Certain World,” his commonplace reader.

Auden: In my opinion the most heroic living white American is Mr. John Howard Griffin… There is now, it seems, a substance which, when injected into the body, so darkens the pigmentation of the skin that a white man can pass for a Negro. The effect, however, is temporary, so that, when the injections are discontinued, he regains his natural color. These injections Mr. Griffin took, and in his book Black Like Me he has described his experiences in the Deep South as a pseudo-Negro. When the book came out his parents were forced to leave their home town, and Mr. Griffin himself, while traveling in Mississippi, was hauled out of his car and beaten over the kidneys with chains, so that his health is now permanently impaired. (Griffin was Auden’s secretary.)

Horrified as I was, when I first read Black Like Me by the racism, I found Griffin’s return home the most disturbing part of the book – the most pertinent to me:

“The policeman nodded affably to me and I knew then that I had successfully passed back into white society, that I was once more a first-class citizen, that all doors into cafes, restrooms, libraries, movies, concerts, schools and churches, were suddenly open to me. I crossed over to a restaurant and entered. I took a seat beside white men at the counter and the waitress smiled at me. It was a miracle…

“I ate the white meal, drank the white water, received the white smiles and wondered how it could be. What sense could a man make of it?

“I left the cafe and walked to the elegant Whitney Hotel. A Negro rushed to take my knapsacks. He gave me the smiles, the ‘yes, sir -yes sir.’

“I felt like saying, ‘You’re not fooling me,’ but now I was back on the other side of the wall. There was no longer communication between us, no longer the glance that said everything.”

I wondered whether I stood on the other side of the wall.

Do I keep a wall between others and me?

If there is a wall standing between me and certain groups in the Jewish community, there are certainly walls between “Others” and me.

About fifteen years ago, I went to study the methods of a Wilderness Program in the South. I observed as a member of a group had to build four walls around him. Food was passed to him through an opening in his enclosure. All communication was through the walls. As he let down emotional barriers preventing him from connecting with the other members of his group, his counselors removed one slat from his enclosure. Eventually, enough slats were removed for him to be able to freely enter and exits. He let down his internal barriers and his counselors removed exterior barriers.

It’s inevitable that we create barriers, other than the physical walls of our homes, between us and other people, individuals and groups. We use Yom Kippur to begin to lower those barriers, remove small slats from the Walls of Separation:

The Maps of My Planet

A Most Generous Confession

A Most Compassionate Confession.

Hence, A Succah need not be completely enclosed. There are gaps in the walls and the roof just as there are Gaps In The Clouds.

We prayed intensely during Neilah before we were locked out of the Special Status of Yom Kippur – we cannot segue into Succot while locking out others behind locked emotional walls! The Succah – House of Vision – reminds us that we cannot maintain walls of separation even just in our eyes; the way we look at others.

Perhaps we can begin by removing tiny slats of separation between different people and us.

Perhaps our Succah can be as Abraham’s Tent (Eishel) open in all directions to all who want to enter.

Despite this being a most important year to open our Succah, it is also the year in which it is dangerous to so do, especially during the second wave of COVID infections. Is there a practical way to use the Succah as a wall opener?