The Maps of My Planet 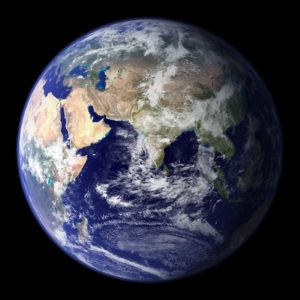 There is at the back of every artist’s mind something like a pattern or a type of architecture. The original quality in any man of imagination is imagery. It is a thing like the landscape of his dreams; the sort of world he would like to make or in which he would wish to wander; the strange flora and fauna of his own secret planet; the sort of thing he likes to think about. This general atmosphere, and pattern or structure of growth, governs all his creations, however varied.

A casual review of  the tens of scholarly books in my library explaining the Yom Kippur Confession is outnumbered by the texts delving into the mysteries of the Service of the Cohen Gadol on this most awesome of days. I admit that my Yom Kippur preparations begin with the celebration of the artistic architecture of Torah, prayer and Mitzvot. We wander the landscape of our imaginings of Yom Kippur in the Bet HaMikdash. Those wanderings create the sort of world we will explore this coming year.

Here, then, is a map of my planet.

Moving from a three-story home to a small two-bedroom apartment initially shrank my world. Yet, as I merit to learn with treasured people throughout the day that world begins to expand and these special souls fill the landscape with magnificent flora and fauna.

In Monsey grow trees of  strength, courage and determination. The paths are filled with the unconditional love of parents for their children. A slight turn to Pomona will reveal trails of authenticity and uncompromising commitment to inspire all to develop a loving relationship with the Almighty.

The maps move south to New Jersey to find truth, lush worlds of learning, kindness, passionate Judaism, lives lived to the maximum without surrender to challenges.

I can journey to St. Louis and Los Angeles, Mexico, and across Latin America to discover how the roads of my life are planted with spectacular friends with unlimited capacity to create.

The map extends its reach across the world. My planet is truly unlimited.

And they made a ramp for him (the designated person who brings the he-goat to the desert) Some of the important people of Jerusalem used to go with him up to the first booth. There were ten booths from Jerusalem ..

At every booth they would say to him: here is food and here is water. And they went with him from booth to booth, except the last one, who would not go with him up to Zuk, but rather stand from afar, and see what he was doing.

The designee, bringing the goat upon which the Cohen Gadol confessed the sins of, “Your people, the Family of Israel,” traveled a special map. From booth to booth he would be reminded of the vastness of the landscape of the entire nation he represented. The designated person had to stretch his imagination to reach across the planet to connect in mutual love and support.

My map is not limited to the Zoom screen on my computer.

Our morning walks with the dogs along the Hudson River can also take us all over the world. The Buddhist drinking her coffee, the Bushman dressed in his official robes as head of a tribe, the Franciscan monk, the ‘pigeon lady,” the “dog whisperer,” and the many other pet humans being walked by their dogs. Our path is peopled by fascinating people who expand our map all over the globe. All of them reminding us that our prayers are for the entire Creation.

“Instill Your Awe upon all Your works, and Your dread upon all that You have created.

Let all works revere You

Prostrate themselves before You.

Let them all become a single society, to do Your will wholeheartedly.”

In certain ways, our Riverdale world was smaller.

“Who is a God like You, Forgiving iniquity And remitting transgression; Who has not maintained His wrath forever Against the remnant of His own people, Because He loves graciousness!”

The Sages introduce us to an entirely different map of reality filled with pathways to God. The accurate Map of Our Planet:

Source of all energy and power! Who could possibly duplicate Your mighty works? You constructed chambers above the cold waters,19See Tehillim 104:3, Bereishis Rabbah 4:1. The construction of the heavens is described by the commentators to Tehillim 104:3, and in Bereishis Rabbah. On the second day of creation, Hashem established the sky within the waters which subsequently separated the upper waters from the lower waters. Above the upper waters, a “ceiling” or “roof” was placed. This is the meaning of the verse. (See Metsudah, Radak, ibid.). and placed the globe in space.20Job 27:7; the original word, as it appears in Job, is the verb “תּוֹלֶה” meaning “to suspend.” When the world was filled with total darkness21The three words חשֶׁךְ-צַלְמָוֶת-עֵיפָה are found in Job 10:21—22 and are all expressions for darkness (See Malbim ibid.). You wrapped yourself in Your garment,22Tehillim 18:29. The creation of light is so described in Bereishis Rabbah 3:4. radiating with morning light. You divided the impetuous waters with an awesome, crystal-like sky;23Yechezkel 1:22. and gathered them into the depths so they would not cover the dry land.

I wish all a wonderful journey on Yom Kippur exploring, expanding and changing our Maps of the Planet.