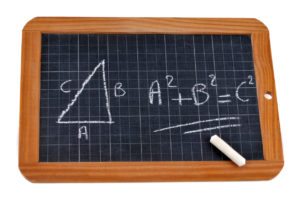 It’s natural to contemplate amicable numbers on Yom Kippur as the Cohen Gadol is challenged to include all of Israel in a single confession.

He then came to the scapegoat and laid his two hands upon it and he made confession. And thus he would say: “Please, ‘Hashem’! They have done wrong, they have transgressed, they have sinned before You, Your people the House of Israel. Please, in the name of Hashem (Bashem)! Forgive the wrongdoings, the transgressions, the sins which your people, the House of Israel, have committed and transgressed and sinned before You

Are there steps in the Yom Kippur Service that address the search for the amicability of true friends, that which connects us?

He would take the blood from the one who was stirring it, and enter [again] into the place where he had entered, and stand [again] on the place on which he had stood, and sprinkle once upwards and seven times downwards, and he wouldn’t intend to sprinkle either upwards nor downwards but rather like one who cracks a whip. And thus would he count: one, one and one, one and two, one and three, one and four, one and five, one and six, one and seven…

“Sprinkle once upwards and seven times downwards, and he wouldn’t intend to sprinkle either upwards nor downwards,” seems confusing to me. What’s the point?

I believe this complicated way of sprinkling the blood, as with “enter [again] into the place where he had entered, and stand [again] on the place on which he had stood, “ as ways of reprocessing sin, our own and others, as the Talmud, Shabbat 55b describes in reference to Jacob speaking of his son, Reuven’s sin:

The Gemara notes that the matter of Reuben’s innocence is parallel to a dispute between tanna’im. As it was taught in a baraita: The verse states: “Unstable [paḥaz] as water, you shall not excel.” The Sages understood paḥaz as an acronym. Rabbi Eliezer says that it means: You were impulsive [pazta], you were liable [ḥavta], and you acted contemptuously [zalta]. Rabbi Yehoshua says that it means: You trampled the law [pasata al dat], you sinned [ḥatata], and you were promiscuous [zanita]. Rabban Gamliel says: The acronym does not refer to Reuben’s sin. It refers to his repentance: You prayed [pilalta], you trembled in fear [ḥalta], and your prayer shone forth [zarḥa].

Rabban Gamliel is breaking Jacob’s words down into their divisors and reformulating them as amicable forms of expressing the good in Reuven’s soul. Perhaps up is not up and down is not down, but, Rabban Gamliel, as did the Cohen Gadol on Yom Kippur,  goes back to “the place where he had entered, and stand [again] on the place on which he had stood,” in order to find a way for Jacob and Reuven to reconnect.

Even the count of, “one, one and one, one and two, one and three..” is the Cohen’s search for ways to reconnect those who have disconnected themselves from the Family of Israel.

And they made a ramp for him (the designated person who brings the he-goat to the desert) Some of the important people of Jerusalem used to go with him up to the first booth. There were ten booths from Jerusalem ..

At every booth they would say to him: here is food and here is water. And they went with him from booth to booth, except the last one, who would not go with him up to Zuk, but rather stand from afar, and see what he was doing.

The man designated with one of the most important roles in the Yom Kippur service is offered without judgement an opportunity to eat and drink.

They are not searching for perfection in their agent.

They are seeking connection, amicability.