The Secret Language of Silence

in i-Love: Shema, New Post, Portion of the Week, Self Perfection, Shema by Rabbi Simcha Weinberg on 20 Dec, 2020 0 Comments 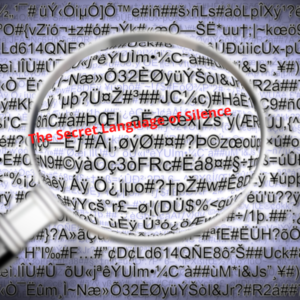 “Listing is a fundamental literary strategy. It occurs constantly, and only occasionally draws attention to itself (William Gass, “I’ve Got A Little List).”

One must meet the Lord High Executioner of the Mikado for the Original List.

Not to be outdone by Gilbert and Sullivan we have our own lists in the story of Jacob, Joseph and His Brothers:

“Thus Jacob and all his offspring with him came to Egypt:

he brought with him to Egypt his sons and grandsons, his daughters and granddaughters—all his offspring (46:6-7),” followed by a list of almost seventy names.

“The sons of Israel did so; Joseph gave them wagons as Pharaoh had commanded, and he supplied them with provisions for the journey.

To each of them, moreover, he gave a change of clothing; but to Benjamin he gave three hundred pieces of silver and several changes of clothing.

“Then their father Israel said to them, “If it must be so, do this: take some of the choice products of the land in your baggage, and carry them down as a gift for the man—some balm and some honey, gum, ladanum, pistachio nuts, and almonds (43:11).”

I recall the epic lists in the “Cyclops” chapter of Ulysses, where Joyce parodies the enumerative methods of ancient Irish literature with a list of wedding guests recast as trees:

Joyce is clearly using his list as a message. The Sages read the two lists, that of Jacob’s gifts to the “Viceroy,” and that of Joseph’s gifts to Jacob as hints – a secret language.

The Sages suspect that there were secret messages going back and forth between Joseph and Jacob:

‘And Israel said, “Why did you serve me so ill as to tell the man that you had another brother?”

They replied, “But the man kept asking about us and our family, saying, ‘Is your father still living? Have you another brother?’ And we answered him accordingly. How were we to know that he would say, ‘Bring your brother here’?”

Then Judah said to his father Israel, “Send the boy in my care, and let us be on our way, that we may live and not die—you and we and our children.

I myself will be surety for him; you may hold me responsible: if I do not bring him back to you and set him before you, I shall stand guilty before you forever.

The Torah spoke to the Sages in a secret language in much the same way it communicates with us: The father is not referred to as Israel until he prepares his gifts to be sent to Egypt.

Something changed in Jacob.

He reconnected with his Highest moments as patriarch, as Israel.

Had Jacob paid better attention to his children, would he have chosen a different approach to raising Joseph?

Had Joseph paid attention to his brothers’ unspoken resentments, would he have chosen to be more careful?

Was this a family of listeners before the Sale of Joseph?

Is it possible they learned to communicate silently, The Language of Silence?

Is it possible they are not silent but mastering careful listening; that to which we refer as the Shema?