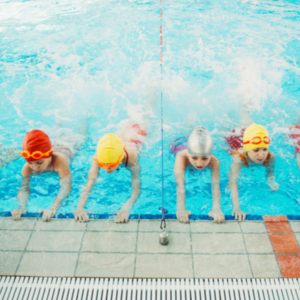 I’ve been waiting for more the two years to write about Jessica Lee’s, Turning: A Memoir, and this week’s Parsha, Beshalach.

I imagined the Children of Israel crossing the Sea and, to describe the experience, using Ms Lee’s epigraph, ‘Around us the illusion of infinite space or of no space, ourselves and the obscure shore which it seems we could touch, the water between, an absence.’ (Margaret Atwood, Surfacing)

“These are the accounts of the tabernacle (Exodus 38:21).” It is written elsewhere in allusion to this verse: ‘Your throne of glory, on high from the beginning, Your place of our Sanctuary (Jeremiah 17:12). This verse indicates that the Throne of Glory is located directly opposite our Sanctuary.

And you find that Jerusalem on high is situated directly opposite the earthly Jerusalem. It was because the earthly Jerusalem was exceedingly precious to Him that He fashioned another one on high, as it is said: “Behold, I have graven you upon the palms of My hands; your walls are continually before Me (Isaiah 49:16).” (Tanchuma Pekudei 1).’

* As they marched away from Egypt and then, ‘Tell the Israelites to turn back and encamp before Pi-hahiroth, between Migdol and the sea, before Baal-zephon; you shall encamp facing it, by the sea (14:2),’ they were entering no-man’s land – out of Egypt but heading back.

* As they stood before the Sea with the Egyptian army behind them, and, ‘The angel of God, who had been going ahead of the Israelite army, now moved and followed behind them; and the pillar of cloud shifted from in front of them and took up a place behind them,

and it came between the army of the Egyptians and the army of Israel. Thus there was the cloud with the darkness, and it cast a spell upon the night, so that the one could not come near the other all through the night (verses 19-20),’ they stood in “the illusion of infinite space or of no space.”

* At the moment of multiple miracles, ‘and the Israelites went into the sea on dry ground, the waters forming a wall for them on their right and on their left.

The Egyptians came in pursuit after them into the sea, all of Pharaoh’s horses, chariots, and horsemen (verses 22-23),’ they again stood in, “the illusion of infinite space or of no space.”

* ‘Thus the LORD delivered Israel that day from the Egyptians. Israel saw the Egyptians dead on the shore of the sea.

And when Israel saw the wondrous power which the LORD had wielded against the Egyptians, the people feared the LORD; they had faith in the LORD and His servant Moses (verses 30-31),’  they stood,  “between ourselves and the obscure shore which it seems we could touch, the water between, an absence.”

They would learn to create Shabbat, Infinite Space  in time.

“Mark that the LORD has given you the sabbath; therefore He gives you two days’ food on the sixth day. Let everyone remain where he is: let no one leave his place on the seventh day (16:29).” On which Rashi comments, “These are the 2,000 cubits of the Sabbath limit (Mekhilta d’Rabbi Yishmael 16:29); but this is not expressly mentioned here, because the command relating to the Sabbath limits is only an institution of the Sopherim.”

Stratification: as the lake warms, the water separates into three layers.

The coldest, the hypolimnion, sinks to the bottom.

The warmest, the epilimnion, sits at the top of the lake.

Between them is a zone of instability, the thermocline.

This sounds similar to an important idea in the Song of the Sea:

The wicked amongst the Egyptians were as stubble, being continually dashed about, and tossed up and down; “the zone of instability, the thermocline.”

those of average worth sank as a stone, suffering less agony, “the hypolimnion, sinks to the bottom.”

“the epilimnion, sits at the top of the lake.”

* Is this not similar to the Stratification of a meritocracy?

* Is this not similar to the Stratification of Divine Providence to which we refer in our prayers:

“King, Helper, and Deliverer and Shield.”

God is a helper in all the fortunes of life by giving us the necessary energy and talents to succeed.

He delivers us from both moral and physical suffering,

and He shields us by keeping tragedy and evil influences from us. (sefaria.org)

I wonder whether we were also being introduced to internal stratification; the different levels of our spiritual lives.

When our connection to God cools and we experience our souls sinking to the bottom.

When we are betwixt and between, up and down, inspired and bored, curious and disinterested, we are lukewarm, unstable, spiritually existing in a, “zone of instability, the thermocline.”

Then, there are those times when we connect to our prayers, Torah study and Mitzvot in full heated passion, rising to, “the epilimnion,  (that) sits at the top of the lake.”

THE LANDSCAPE IN OUR LANGUAGE:

“From time to time, the words take shape in my mouth when I walk through my apartment door in Berlin. A kind of routine, the same way the patch of shoreline from which I swim represents safety. Fragments of Chinese slipping out between English and German comment, as a press new words into place. Return. Home is as much in language as it is in a landscape (page 10).”

The Song of the Sea is a home for me, very much a part of my landscape. It is part of our daily prayers; we travel on these words that float through our history to a place where we can feel safe in our relationship with God, ready to recite the Shema.

“But for a moment I stay on my back, moving at the border between air and water (page xvii).”

I recognize that border from swimming; It is exactly in this place at the border between air and water that I can stand before the Almighty in private prayer.

“Perhaps it was a drastic response. In depression, I had become someone I haven’t wanted to be, emptied and hardened. I felt that I had to respond to it in kind, as if lake water might blast away my sadness and fear. So I decided to swim for a year, in the hope of finding some reserve of joy and courage in myself. It was a means of greeting the ghosts – mine and others – as they appeared around unknown corners. I knew there was no untouched landscape here: there is hurt that cannot be undone. I wanted to find a way to negotiate it, to live with it (page 6).”

The Children of Israel have so much pain with which to deal throughout the portion; slavery, hunger, thirst, fear and more…

‘He said, “If you will heed the LORD your God diligently, doing what is upright in His sight, giving ear to His commandments and keeping all His laws, then I will not bring upon you any of the diseases that I brought upon the Egyptians, for I the LORD am your healer” (15:26).’

This is a portion of negotiating emotional pain, guiding the people to discover a reserve of joy and courage in themselves, so successfully that the people in the beginning who feared even seeing war could battle the mighty Amalek with confidence.

Pain must be acknowledged.

Our objective always is to master Infinite Space, accept and use Internal Stratification, negotiate the Landscape in our Language,  find ways to reach the Place In Between, all, to better, Negotiate Our Pain, both physical and spiritual.