The Plan: Opening to The Life To Come

in New Post, Portion of the Week, Repentance, The world to come, Torah by Rabbi Simcha Weinberg on 31 Jan, 2021 0 Comments 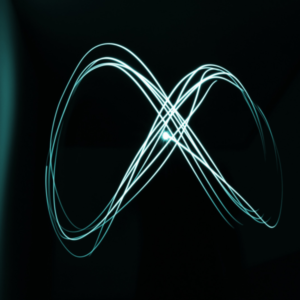 Clov (Hamm’s servant): Do you believe in the life to come?

Hamm (Blind and lame): Mine was always that.

‘On the third new moon after the Israelites had gone forth from the land of Egypt, on that very day, they entered the wilderness of Sinai.

Having journeyed from Rephidim, they entered the wilderness of Sinai and encamped in the wilderness. Israel encamped there in front of the mountain (Shemot 19:11-2),’

I recall someone attempting to teach this Rashi to me as a lesson of how Sinai/Torah is available only to the penitent. I found his statement so ridiculous that I laughed in his face. (It was worth being unable to sit down  for a few hours – if you know what I mean!)

If the lesson was repentance, the Sages would have said, “Just as they left the battle with Amalek – Rephidim – in a state of repentance, so they arrived at Sinai in repentance.”

The Sages are not focusing on repairing the past, but on preparing for what is to come.

They are teaching us that Torah is living every day, every moment as, “Life to Come.”

That “teacher’s” approach would have presented The Plan without adventure, without possibility, with only regret.

I suspect this debate is actually presented in the portion as the conversation between Yitro and Moshe:

‘But when Moses’ father-in-law saw how much he had to do for the people, he said, “What is this thing that you are doing to the people? Why do you act alone, while all the people stand about you from morning until evening?”

Moses replied to his father-in-law, “It is because the people come to me to inquire of God.

When they have a dispute, it comes before me, and I decide between one person and another, and I make known the laws and teachings of God.”

But Moses’ father-in-law said to him, “The thing you are doing is not right;

“It is because the people come to me to inquire of God.”

Moshe focused on guiding them through their process of discovery, “Life to Come.”

“The thing you are doing is not right;

you will surely wear yourself out, and these people as well. For the task is too heavy for you; you cannot do it alone.”

Yitro is correct that, as many of us know, a life of following instruction, of being sure we won’t make any mistakes, is tiring.

Moshe wants them to use Torah and all her laws as a door opening into the future, a “Life to Come.”