Sinai In The Alps By RABBI-SIMCHA-WEINBERG on FEBRUARY 7, 2021 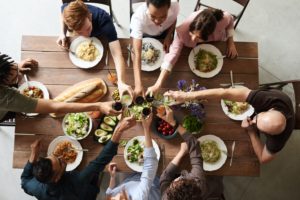 Rav Yehuda said that Rav said: Four must offer thanks to God with a thanks-offering and a special blessing. They are: Seafarers, those who walk in the desert, and one who was ill and recovered, and one who was incarcerated in prison and went out. All of these appear in the verses of a psalm (Psalms 107) Berachot 54b sefaria.org
This is the Halacha for the Blessing of HaGomel (Shulchan Aruch, Orach Chaim 219:1). It is customary for those who question whether they should recite the blessing, (although the common belief that someone must actually have been in danger is inaccurate,) to celebrate a Seudat Hoda’ah, a Thanksgiving Feast.
We discussed whether serving the COVID threat is sufficient to recite HaGomel. I would like to present a new question: Rav Chaim Palagi, and the Bei’ur Halacha applying the logic of the Magen Avraham, question whether one who was on trial for a capital crime and is declared innocent must say HaGomel despite never being in immediate mortal danger.
Even those who rule that the recently declared innocent do not recite the blessing, they encourage the person to celebrate with a Seudat Hoda’ah.
Question:
Must we make a Seudat Hoda’ah upon serving the Judgements of Rosh Hashana and Yom Kippur when our actual life is in question? (Please see Confession of Gratitude: https://thefoundationstone.org/the-gratitude-confession/
Even those who argue that we have no way of knowing our sentence would admit that we survived the past year, and that we were not immediately condemned to die.
Suggestion
Use the Break the Fast, Succot preparations and Mitzvot as Expressions of Thanksgiving – Seudot Hoda’ah