in New Post, Portion of the Week, Torah by Rabbi Simcha Weinberg on 01 Feb, 2021 0 Comments 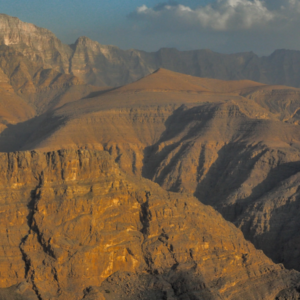 The Dance of The Mountains

The Psalmist reports that as we stood at Sinai:

“The sea saw them and fled, Jordan ran backward,

I’ve seen mountains dancing in Disney cartoons, but never in real life. What did the people see?

Why do we, except when we sing Hallel,  focus on Mt. Sinai as the most humble of mountains rather than its dancing and skipping skills?

Is there a connection between humility and dancing mountains?

Who better to consult regarding mountains than Robert Macfarlane? He immediately took me to meet a British scientist at the beginning of the nineteenth century:

“To the geological enquirer, every mountain chain offers striking monuments of the great alterations that the globe has undergone.

“The most sublime speculations are awakened, present is disregarded, past ages crowd upon the fancy, and the mind is lost in admiration of the designs of the great power who has established order which at first view appears as confusion. (Humphrey Davy – 1805)”

Davy saw the movement of the earth over the ages, pushing and shaping and reshaping itself as a dance, or, shall we say, skipping!

Macfarlane points out the impact of skipping mountains:

“Once the geologists had shown the earth to be millions of years old and subject to immense and ongoing change, mountains could never be looked at in the same way again.

Suddenly, this effigies of permanence had acquired an exciting, baffling mutability. Mountains, which seems so durable, so eternal, had an actuality been formed, deformed and reformed over countless millennia:

their current appearance was merely a phase in the perpetual cycles of erosion and uplift which determined the configuration of the earth.”

I wonder what exactly the Children of Israel saw when,

I picture them looking down and seeing the mountains in Sinai as Darwin saw the Andes:

On 14 August 1835 Charles Darwin set out on horseback from Valparaiso for a long excursion into the Andes.

Darwin first rides northwards along the coast for a day, in order to see the beds of fossilized shells which he has been told he must visit. They are astonishing – long banks of calcified mollusks which have been elevated. Darwin correctly deduces by gradual crustal movement to their present resting place several miles above the level of the sea.

The earth was moving, or shall we say, “skipping?”

Early one morning Darwin clambers up the greenstone blocks to the flat summit of the Bell of Quillora, a 1900 meter peak from which there are reputed to be magnificent views. From there he looks across to the white towers and ramparts of the Andes…

The view astonishes him:

“We spent the day on the summit, and I never enjoyed one more thoroughly. The pleasure of the scenery, and in itself beautiful, was heightened by the many reflections which arose from the mere view of the grand range.

Who can avoid admiring the wonderful force which has upheaved these mountains and even more so the countless ages which it must have required, to have broken through, removed, and leveled home masses of them? (Charles Darwin, “The Voyage of the Beagle)”

(Mountains of the Mind by Robert MacFarlane)

I read humility in that closing sentence.

Is it possible that the Children of Israel, elevated, high in the sky, “on the wings of eagles,” were able to look down at the mountain range and see the same movement and skipping  as did Davy? …with the humility of Darwin?

Is it possible they joyfully saw creation as moving, changing, evolving, dancing, skipping, and their admiration for “the wonderful force which has upheaved these mountains,” filled them with awe, inspired them to attach to that great Force, and accept a Covenant with God?