in Man's responsibility, New Post, Personalities, Portion of the Week, Self Perfection by Rabbi Simcha Weinberg on 23 Dec, 2020 0 Comments 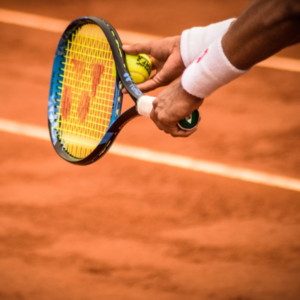 Our obsession with celebrities is not new. Long ago, Pharaoh understood the need to have the newly freed young man transformed into something bigger than life, before, he placed Joseph over Egypt:

‘And removing his signet ring from his hand, Pharaoh put it on Joseph’s hand; and he had him dressed in robes of fine linen, and put a gold chain about his neck.

He had him ride in the chariot of his second-in-command, and they cried before him, “Abrek! (Targum: This is the father (counsellor) of the king).” Thus he placed him over all the land of Egypt (41:42-43).’

Joseph, as a youth, had seen such an elevation of personality:

“As they set out, a terror from God fell on the cities round about, so that they did not pursue the sons of Jacob (35:5).”

Joseph used the same approach when burying his father in Canaan:

‘So Joseph went up to bury his father; and with him went up all the officials of Pharaoh, the senior members of his court, and all of Egypt’s dignitaries,

together with all of Joseph’s household, his brothers, and his father’s household; only their children, their flocks, and their herds were left in the region of Goshen.

The Sages imagine the scene as an even more impressive expression of respect:

‘Our Rabbis explained that it was so called in consequence of an incident that occurred there — that all the kings of Canaan and the princes of Ishmael came to wage war against them, but as soon as they saw Joseph’s crown hanging over Jacob’s coffin they all rose and hung their crowns on it and thus wreathed it with crowns like a threshing floor that is surrounded with a hedge of thorns (Sotah 13a).’ (Rashi, Verse 10)

The family was familiar with similar stories about Abraham:

‘When he returned from defeating Chedorlaomer and the kings with him, the king of Sodom came out to meet him in the Valley of Shaveh, which is the Valley of the King. (14:17)’

‘The Midrashic explanation is that it was the valley where all the nations unanimously agreed  in appointing Abraham as prince and leader over them (Genesis Rabbah 43:5).’

God even names Abraham as a Personality:

‘And you shall no longer be called Abram, but your name shall be Abraham, for I make you the father of a multitude of nations (17:5).’

Rashi explains the name expansion: An acrostic on his name Av-R-Ham . But the R which was previously in his name — denoting that he was the father –  chieftain only of Aram – Av-Ram which was his native country, whilst now he became father of the entire world — nevertheless was not taken out of his name.

Abraham was not the first Celebrity:

‘Cush also begot Nimrod, who was the first man of might on earth.

The Midrash traces this celebrity making as going all the way back to Adam; “Not just all the creatures of the planet, but all the Heavenly Hosts came down to bow before Adam (Mishnat Rabbi Eliezer, Bereishit Rabbah 78:12).”

King David studied the same stories as have we since the beginning of Creation and he heard God saying:

It will happen again:

‘God disposed the Egyptians favorably toward the people. Moreover, Moses himself was much esteemed in the land of Egypt, among Pharaoh’s courtiers and among the people (Shemot 11:3).’

Is this all Celebrity making, cults of personality, or is there a practical lesson for us?

I, a few years ago, was in the hospital for six weeks, and the attending was a Tennis fanatic. I was too sick to read or talk, so he would sit next to my bed and watch tennis: the NY Open.

He looked at the pile of Sefarim on my table and commented that were I to watch the matches with him I could learn about God.

I wanted to snort.

One does not snort at one’s doctor while incapacitated and completely dependent on his constant attention.

He brought with him on his next visit to my room a book about tennis and the following was the epigram:

“One starts by envying Federer,

one moves from there to admiring him,

and one ends up neither envying nor admiring him but

exalted at the revelation of what a human being—a being like oneself—can do (Bold is mine. slw).”

Coetzee compares the experience to that of “responding to masterworks of art on which I have spent a lot of time.”

That is a feeling to which I can relate:

It encapsulates the experience of studying Torah with great rabbis.

It is exactly what happens when I meet beautifully righteous human beings.

It’s the best part of being a father; I exalt over what someone like me can accomplish.

Recently, I regularly experience the exultation of what a human being can do as I observe the people with whom I study, grow and work on themselves, learning how to question and search for goodness.

You, my friends, don’t need gold chains or special chariots.

You need only be you at your best.