Countdown To Chanukah 8 – The Hallel of The Sun 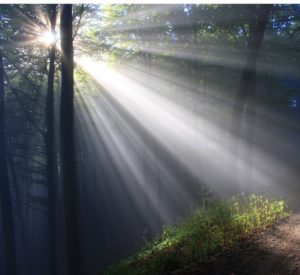 As Rabbi Levi said: Why is a person’s voice not heard during the day in the manner that it is during the night?

It is due to the fact that the sound of the sphere of the sun traversing the sky generates noise like the noise generated by a carpenter sawing cedars, and that noise drowns out other sounds.

And that sawdust that is visible during the day in the rays of the sun, la is its name. This is what Nebuchadnezzar said: “And all the inhabitants of the world are considered like la” (Daniel 4:32), i.e., all inhabitants of the earth are equivalent to specks of dust.

(Apropos sounds, the Gemara cites that) the Sages taught: Were it not for the sound of the sphere of the sun, the sound of the bustle of the crowds of Rome would be heard throughout the world;

And the Sages taught: Three sounds travel from the end of the world to its other end, and these are:

1.The sound of the sphere of the sun.

2.The sound of the bustle of the crowds of Rome.

3. The sound of the soul at the moment that it leaves the body, which should be audible throughout the world.

Let’s begin with the surface connections to Chanukah: