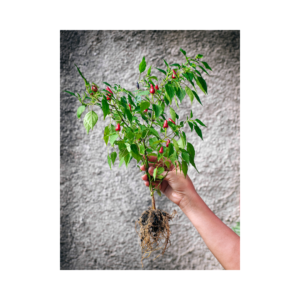 Where was the best Davening (Prayer) of my life?

In a life filled with miracles, where did I experience my favorite miracle?

Hmmm. It’s too hard to answer either question, so, I’ll use the Jacob approach:

“And Jacob went out from Beersheba and went toward Haran” (Genesis 28:10). And it is written thereafter: “And he encountered the place, and he slept there, because the sun had set” (Genesis 28:11). When Jacob arrived at Haran, he said: Is it possible that I passed a place where my fathers prayed and I did not pray there?

When he set his mind to return, the land contracted for him. Immediately the verse states: “And he encountered the place,” indicating that he arrived there miraculously.

When he had finished praying and he wanted to return to Haran, the Holy One, Blessed be He, said: This righteous man came to my lodging place and he will depart without remaining overnight?

Immediately, the sun set before its proper time so that Jacob would stay overnight in that place (Chullin 91b – sefaria.org).

I often pass by places where my fathers prayed in the Bronx, Westchester, the Lower East Side. Do you think I should make a special effort to pray at all those places?

Practically every time I pray I use an idea, insight or concept taught to me by my father; I take him with me wherever I go, wherever I pray. Do I really need to go to the places where he actually prayed?

Even when the Talmud speaks of prayer, it doesn’t seem to focus on the place where others prayed by on my own set place to pray:

Rabbi Ḥelbo said that Rav Huna said: One who sets a fixed place for his prayer, the God of Abraham assists him.

When he dies, those who eulogize one who set a fixed place for his prayer say about him: “Where is the humble one, where is the pious one, of the disciples of our father Abraham?” (Berachot 6b – sefaria.org)

“Jacob awoke from his sleep and said, “Surely God is present in this place, and I did not know it! (Genesis 28:16 – sefaria.org)”

If he added hours or miles to his journey simply to pray where his fathers had prayed, did he not believe that the place was special? Did he really not know that “God is present in this place?

As I consider this issue of place I realize that my thoughts meander to Chanukah:

And they should take care to each place their lights in a unique place, so that it will be apparent how many lights they are kindling. (Abraham Kara of Prague) – Shulchan Arukh, Orach Chaim 671:2

In the synagogue, one should place [the Hanukkah light] at the southern wall (or to the south of the lamp, and he should arrange them from east to west). (Terumat Hadeshen Section 104, Beit Yosef) – This was its placement in the Beit Hamikdash

In any case, one needs to kindle it in the location of its placement, for if one kindled it inside and brought it outside he has not fulfilled [the mitzvah], for one who sees [this] will say [that] he kindled it for his own needs. (Ibid. 675:1)

A Tree of Life Replanted In Its Own Place

One of the insightful participants in our Sunday morning exploration (The Great Adventure) of the portion (This Is My Chanukah) suggested that the idea of “Place,” is based on the following teaching of the Talmud:

“And he shall be like a tree planted [shatul] by streams of water” (Psalms 1:3). The students of the school of Rabbi Yannai say: The verse states that a Torah scholar is comparable to a tree that has been uprooted from its original location and replanted [shatul] somewhere else. It does not say that he is comparable to a tree that is planted [natu’a] and remains in one place. This is teaching that anyone who learns Torah from one teacher alone never sees a sign of blessing, as it is necessary to acquire knowledge from many teachers (Avodah Zara 19a – sefaria.org)

“Surely God is present in this place, and I did not know,” meant he now realized that this mountain, the future House of God, would be The Place Maker; the place where people would derive the spiritual nourishment to find their own place.

On Chanukah, we celebrate the Light of the Menorah as the symbol of the energy we need to to discover a path of our own. We honor the Menorah, the great symbol of the House of God, as a Place Maker.

How fascinating that the Talmud perceives Avraham as one who battles against place being absolute; Avraham, the traveler, rejects those who reject movement and discovery:

Rav Shmuel bar Naḥmani says that Rabbi Yonatan says: “Happy is the man that has not walked in the counsel of the wicked” (Psalms 1:1); this is referring to our forefather Abraham, who did not walk in the counsel of the members of the generation of the dispersion, who were wicked, as it is stated that they said to each other: “Come, let us build us a city, and a tower, with its top in heaven” (Genesis 11:4), a project with a wicked aim.

This is the Chanukah of the Oral Law: