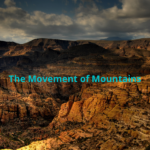 Sound Bites: The Music of The Universe

Pythagoras (580 B.C.E. – 497 B.C.E.) advanced a theory of The Music of the Spheres: He believed that the planets revolved in circular orbits and, as they did so, produced a variety of sounds whose frequencies differed according to variations in speed of the individual planets and their distance from the center. The resultant “music” was inaudible to human beings because it was beyond the threshold of human hearing.

This was put forward as “scientific” theory to account for some aspects of the physical world. The “music” supposedly generated by the planets was not in exaltation of God and had no spiritual implication.

The Shofar speaks of the music of the universe, the music often described in Psalms. (See Chapter 148 1-6)

The Shofar reflects our belief that all of creation joins us in singing God’s praises. We are not alone when we sing. We join in the song of the Universe.