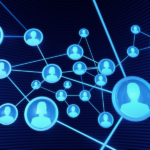 Counting Toward Asarah BiTevet - Meet Your Soul By RABBI-SIMCHA-WEINBERG on DECEMBER 4, 2020

Countdown To Chanukah 10 - Celestial Light By RABBI-SIMCHA-WEINBERG on NOVEMBER 29, 2020

If you examine, you will find that everything that happened to Solomon was in threes. Solomon rose by three stages. Of the first stage is written, “For he had dominion over all the region on this side the River (I Kings 5:4).” Of the second stage it says, “And Solomon ruled.” Of the third stage it says, “then Solomon sat on the throne of God as King (I Chronicles 29:23).”

What is the example? The case of the two prostitutes. For so it is written, “Then two women came (I Kings 3:16).” Who were they? Rav said, they were spirits (called prostitutes because they seduced men. But if they had really been prostitutes they would not have been likely to care about their children). The Rabbis said, they were Yevamot (and were called prostitutes because they both wanted to escape the obligation of Yibum). Rabbi Simón said in the name of Rabbi Yehoshua ben Levi that they were really prostitutes, and he passed sentence although there were no witnesses and no warning. (Shir haShirim Rabbah 1.1:10, part two)

This selection is a continuation of the previous midrash that taught about Solomon singing on three levels. This free levels of Solomon’s song reflected the fact that so much of his life happened in stages of three (we will see more examples in the next midrash). When we understand and appreciate the different stages of our own lives, we will be able to do what Solomon did and seemed the same song on multiple levels. It is important to understand that as we grow and experience the different stages of life our song of the Haggadah changes. This year’s song should never be the same as last year’s.

Solomon first assumed the role of King as he took over David’s reign. It took time until he could actually rule as a King, his next stage. Once he understood that even as King he had to evolve from one stage to the next, he was able to sit on the “Throne of God,” and judge by his own instincts.

Although we are not permitted to judge as did Solomon, once we learn how to sing the  Haggadah as a song that reflects our growth in different stages, we will develop our instincts and be able to discover more of the secrets of the Haggadah.