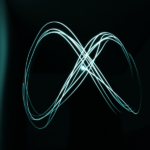 The Plan: Opening to The Life To Come By RABBI-SIMCHA-WEINBERG on JANUARY 31, 2021

Repairs Required By RABBI-SIMCHA-WEINBERG on DECEMBER 23, 2020

The Judgment Of The Birds By RABBI-SIMCHA-WEINBERG on APRIL 4, 2011

The 11th of Nisan is the Yahrtzeit of Rav Moshe ben Nachman, the Ramban: After the Jubilee, there will be a renewal of all existence, for the Ten Sefirot will shine forth from the Ein Sof once more, and the Divine flow will return to the upper and the lower beings as before; similarly, there will be movement from Jubilee to Jubilee up to eighteen thousand Jubilees; each Sefirah activates one thousand Jubilees, Ten Sefirot above and Ten below.

Lest you may think that these Jubilees go forth fully, it mentions, “Return, God, the myriads of Israel’s thousands (Numbers 10:36),” to teach that in the future, the Holy One, Blessed is He, will populate His world two myriads, that is twenty thousand Jubilees. The verse ends, “Of Israel’s thousands,” that is the meaning of, “The chariots of God are myriads, even thousands Shinans [angels] (Psalms 68:18).” Do not read Shinan, but Sh-einom [that are not] in other words, less two thousand. Therefore, this is the allusion to eighteen thousand Jubilees. This is the mystery of the verse, “The circumference eighteen thousand (Ezekiel 48:35).” [Ramban; Numbers 10:35]