in New Post, Portion of the Week, Purpose of Creation, Self Perfection, Tikun Olam by Rabbi Simcha Weinberg on 23 Dec, 2020 0 Comments 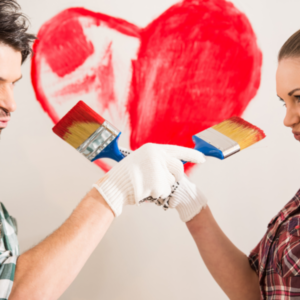 “Busy remaking the world, man forgot to remake himself

My limited understanding of Platanov, based on “Soul and Other Stories,” is that he understood that the Soviet communists were convinced they could successfully remake the world. Their failure to remake themselves destroyed the good they originally intended.

It seems from the closing of the first book of the Torah, that in a family committed to repairing the world, people had to first focus on repairing themselves. Those who failed to remake themselves, failed to appreciate and fully connect with those who successfully remade themselves and then, their worlds.

I believe it was the failure to begin or, at least, to pay attention to self-repair, that led to the servitude in Egypt:

‘After burying his father, Joseph returned to Egypt, he and his brothers and all who had gone up with him to bury his father.

When Joseph’s brothers saw that their father was dead, they said, “What if Joseph still bears a grudge against us and pays us back for all the wrong that we did him!”

So they sent this message to Joseph, “Before his death your father left this instruction:

So shall you say to Joseph, ‘Forgive, I urge you, the offense and guilt of your brothers who treated you so harshly.’ Therefore, please forgive the offense of the servants of the God of your father.”

And Joseph was in tears as they spoke to him.

His brothers went to him themselves, flung themselves before him, and said, “We are prepared to be your slaves (50:14-18).”

‘’And which of the brothers was it that they so charged? The sons of Bilhah who had been accustomed to associate with him, as it is said (Genesis 37:12) “When a lad he used to be with the sons of Bilhah” (Tanchuma Yashan 2:1:2).’

The brothers he protected.

The weaker brothers who participated in selling him into slavery.

These are the brothers chosen to lie to the man who remade the world because he spent time with them when he was a teenager.

Did they not see how he remembered to remake himself?