The Dance of Tu B’Av: Shedding By RABBI-SIMCHA-WEINBERG on AUGUST 15, 2011

in New Post, Portion of the Week, Torah by Rabbi Simcha Weinberg on 01 Feb, 2021 0 Comments 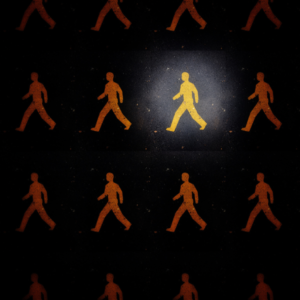 At every one of those stages, with every step I took, Debbie was behind me pushing me motivating me telling me go go go!

I finally made it to the street. Again, Debbie was behind me pushing me to make it to the next house. That took a month.

After three months I was able to make it all the way to the corner. Again Debbie was behind me each step of the way.

Eventually I was able to walk two blocks. Debbie was no longer behind me. Debbie walked in front of me, slowly, not too far, but walked ahead of me. I felt that she was pulling me forward. It was a totally different experience of being motivated to accomplish more.

Or, was Debbie ahead of them pulling them, pointing to them and saying, “Climb with me! This is what you can accomplish!”

I know one thing; if we were to master the Journey of Halacha, there was a Debbie in front motivating us to climb.