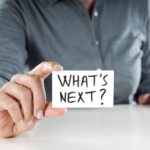 “Now it came to pass in the days about how Achasveirosh.” Rabbi Joshua son of Karcha said: he was called Achashveirosh because he made the face of Israel black like the sides of a pot.

Rabbi Berechiah said: because he made the head of Israel ache with fasting and affliction.

Rabbi Levi said: because he made them drink gall and wormwood.

Rabbi Judah said: because he sought to uproot Israel from the foundation of their future.

Rabbi Tachalifa the son of bar Chana said: because he was the brother of the head, the brother of Nebuchadnezar. How could he be his brother? Was not one a Chaldean and the other a Median? The fact is that one stopped the building of the Temple and the other destroyed the Temple; therefore Scripture puts them on the same level. (Esther Rabbah 1:1)

Rabbi Tachalifa offers an entirely different approach. He compares our Achashveirosh to Nebuchadnezar who destroyed the first Temple. Who was worse? Nebuchadnezar actually destroyed the building. However, Achashveirosh stopped the construction that had been allowed by his predecessor, Cyrus the Great. There was an unfinished building on the Temple Mount. There was the beginning of the next Temple standing there before the eyes of all. Achashveirosh did not have what ever was built destroyed. He allowed it to remain, so the fact Israel would keep that hope alive, and he could use that hope against them. He tortured them.

Achashveirosh was the sort of man to hold up hope before the eyes of others as a way to manipulate them. He did this with all the women in the contest. Each one believed she had a chance to become the next Queen. Even after he selected Esther as his queen, he had a second contest so that he could continue to hold out the hope of becoming clean to the other women who had been collected to his harem. When we study the Book of Esther we must look at all that Achashveirosh does with this false promise of hope in our minds.