Meeting Place Between Knowledge and Imagination 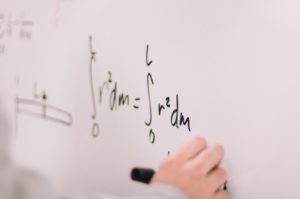 The Days of Awe, 1997, followed a harrowing and challenging year. Serious illness. Major changes in my family. Negotiating a life in a new community. It was a year of doctors imagining and predicting the worst, and Debbie and I imagining life at its highest and happiest. How could I capture the full tapestry of emotions with the words of the Machzor?
Nabokov came to mind; ‘’There is, it would seem, in the dimensional scale of the world, a kind of delicate meeting place between imagination and knowledge, a point, arrived at by diminishing large things and enlarging small ones, that is intrinsically artistic.”
—Vladimir Nabokov, Speak Memory
Our imagination was already empowered by dealing with Rosh Hashanah as Day of Judgement despite the “knowledge” and the “fact” that the world seemed the same.
The larger world was diminished. The smaller place, the synagogue where the Day of Judgement was the reality, was enlarged.
We imagined participating in the Yom Kippur Service in the Bet Hamikdash despite the knowledge that God’s Home was destroyed almost two thousand years earlier. The rather large time period was diminished. The few hours of the Yom Kippur Service was enlarged.
I saw the Succah as that delicate meeting place between imagination and knowledge.
We knew that there was an overhang over the Succah but Halacha told us to imagine the overhang as a bent wall – dofen akumah – and in this meeting of imagination and knowledge, imagination prevailed.
Imagination and knowledge met at some gaps in the s’chach but we used imaginary – lavud – and the gap closed. The large gap was diminished. The thin covering of the Succah was enlarged.
We shook our Lulav and Etrog for the entire Chag “as if” we were standing in The Bet Hamikdash the only place we use the Four Species for the entire Festival.
We marched around the synagogue imagining marching around the Mizbei’ach.
We used this Succah empowered imagination. We were dealing with knowledge of quite a few facts, meeting that knowledge with imaginings of good and joy. Our rather large challenges were diminished. The small points of hope were enlarged.
Nabokov, with his synesthesia, came through. Our imaginations met knowledge inside our souls. Our larger problems were diminished. Our smaller points of hope were enlarged. Our imaginations won the day.
Looking back from 2020, the Year of COVID, I am surprised that I found the Nabokov quote I sought in the context of a poem, ‘’Plague Years.’’ A college professor drops into her purse, next to the book on which she is scheduled to lecture, a vial of blood drawn to test her for a life-threatening plague:
1            Sore throat, persistent cough … The campus doctor
2            Tells me “just to be safe” to take the test.
3            The clinic protocol seems to insist
4            On an ironic calm. I hold my fear.
5            He draws a vial of blood for the City Lab,
6            I have to take it there, but first I teach
7            A class on Nabokov. Midway I reach
8            Into my bag for Speak Memory, and grab
9            The hot bright vial instead. I seem at once
10          Wrenched from the quizzical faces of my class
11          Into some silent anteroom of hell:
12          The “delicate meeting place” I feel it pounce;
13          Terror—my life impacted in the glass
14          My death enormous in its scarlet grail.
Lasdun, James: Plague Years [from Woman Police Officer in Elevator]
Zoom saved my year. It is the product of a meeting between imagination and knowledge.
We couldn’t see the virus. Many people refused, and continue to refuse, to accept it as reality they didn’t have direct knowledge of people suffering. Most of us chose to treat the unseen threat as a reality. Our imaginations soared and expanded. The larger gatherings for prayer were diminished, closed. The smaller places in our homes expanded. Our prayers changed.
May I consider this past year as one of expanded imagination?
We enter the Festival of Imagination, empowered.
Who can fully imagine what we can accomplish?