Language That Can Stop Tower Building 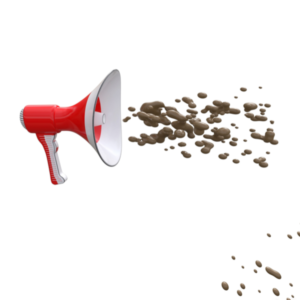 How should a father explain the intended Tower of Babel to a four-year old child who is seeing the Empire State Building for the first time?

The historical plaques explain the wondrous engineering history as a Modern Wonder of the World. It was fair to believe it was taller than the Tower, a lot taller, and it stands complete, giant and secure even though outside on the streets were all sorts of languages.

So, the obvious question about the Tower was, “Why is this building different?” I wanted to go and see for myself.

The visit to NYC on our way from Toronto ended with a visit to our grandparents in Baltimore so I had to wait. Actually, I desperately needed to measure my grandfather’s ears, the secret of which – satellite receivers that could hear the sounds of Sinai – had been shared with me after Naomi started calling me “Dumbo” because of my big ears.

(My father asked me if I would be embarrassed by my big ears if I could use them to fly. He helped me understand that it wasn’t the size of my ears that bothered me. I hated being called Dumbo, which, couldn’t be so bad because he ends up quite happy. My father urged me to not ever believe the, “Sticks and stones…” adage. “You can only accept it from someone who knows how to be angry in a safe way.”)

I was introduced to Marco Polo and the Silk Road (where merchants from all over the world speaking different languages would meet and communicate), over Succot 1964, so I transformed our car into a torture chamber on the long drive back to Toronto with endless questions about languages.

At each rest stop I would ask people speaking other languages to converse and it seemed possible. I learned Japanese words, Hungarian and Polish phrases, and how to speak with a French accent (Naomi wasn’t impressed). The introduction of languages as a consequence was becoming increasingly difficult to comprehend.

Until, as I was walking toward a scenic view holding the hand of my very rabbinic looking father we were accosted by a serious anti-semitic tirade. I was perfectly safe, as would be any boy holding his father’s hand, and, I knew it was acceptable to be hurt by such loathsome names.

As we eventually headed back to the car, my father pointed out, “That’s the language that stops great projects!”

The need to Time Travel back to Babel was, I would later lear, only temporarily stilled. Partly because of abhorrence, not fear, of something that looked human behaving like a monster.

The main reason for putting a trip to Babel on hold was, in a bid to silence me on the trip back to Toronto, I was given John Steinbeck’s “Travels With Charley.”

“Pa,” I asked to groans from everyone else in the car, “wandering isn’t so bad if he writes a book about it. What about Kayin? Why was that a punishment?”

I silently began considering how to convince my Time Travel agent, my father,  to take me on a trip to Cain and Abel…