Joseph and The Condemned Man 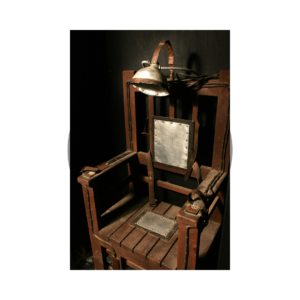 I can’t read the story of Joseph interpreting the dreams of the Royal Baker and Wine Steward without thinking of Victor Hugo’s, “The Last Day of a Condemned Man.”

The baker, hopeful upon hearing the slave’s interpretation of the wine steward’s dream, and observing how so confident is this young man in his positive prediction Josef pleads with the wine steward for help, the baker excitedly shares his dream without needing to say, “I will surely help you when I am free!” He soon learns that he is condemned to die.

I read that Hugo prefaced his first edition of his record of the prisoner’s mental turmoil with:

“There are two ways to account for the existence of this book. Either there was indeed a bundle of yellowing papers of various sizes on which were found, recorded one by one, a poor devil’s last thoughts; or there was a man, a dreamer who acquainted himself with nature for the benefit of his art, a philosopher, perhaps even a poet, whose imagination gave birth to this idea, and who took it, or more likely was possessed by it, until he could only wrestle free of it by flinging it into a book.

Of these two possibilities, the reader may choose the one that he prefers.”

I had already decided to pick up George Orwell, for his essay, “The Hanging.” It was clear that my journey back to Joseph’s prison pit for a live interview would have to add a stop to pick up Victor Hugo.

Orwell was focused on the brutality of the execution. Hugo was arguing against any execution. Hugo could not believe that Joseph would even discuss his future with the wine steward in front of a condemned man, adding to his mental torture.

“I would not be surprised,” he said to Joseph, “if two years were added to your sentence simply for the insensitivity toward the baker!” (Joseph spoke French – seventy languages, they say, ) but felt confident he would be rewarded for his good deed.

I decided to send Hugo, Back to the Future, and to wait to see whether, in fact, Joseph, destined to be a leader of a great country, would be forced to recognize the consequences of his insensitivity.