Joseph and Asarah BiTevet: The Storm That Stole My Prayers 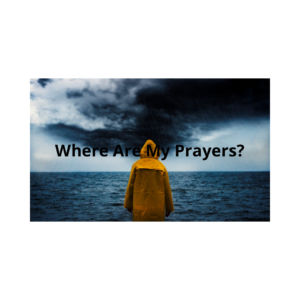 In, “Journeys: The First Step,” we set out to travel with the major Biblical characters. I could tell you that my Time Machine was in the repair shop or, that life, Countdowns to Chanukah and Asarah BiTevet, combined with the Loom channel have distracted me. Let the reader decide. I prefer the former, as it’s so much more romantic.

I just picked up Rocinante (No! I did not steal the name from Steinbeck or Don Quixote! It’s a Time Machine and I claim the name!) and am taking her out for a trial spin:

“When the words of her older son Esau were reported to Rebekah, she sent for her younger son Jacob and said to him, “Your brother Esau is consoling himself by planning to kill you.

Now, my son, listen to me. Flee at once to Haran, to my brother Laban.

Stay with him a while, until your brother’s fury subsides—

until your brother’s anger against you subsides—and he forgets what you have done to him. Then I will fetch you from there. Let me not lose you both in one day! (Bereishit 27:42-45.)”

One of the first things (Our old friend whom we met in “Jacob’s Chanukah – First Steps On His Journey,”) Leigh Fermor is given in “A Time of Gifts,” is a book: the first volume of Horace. His mother, bidding farewell as did Rebekah to Jacob, wrote out a translation of Petronius:

Leave thy home, O youth, and seek out alien shores…

Yield not to misfortune: the far-off Danube shall know thee, the cold North-wind and the untroubled kingdom of Canopus and the men who gaze on the new birth of Phoebus or upon his setting.

I read Jacob’s first steps in his story, “He came upon a certain place and stopped there for the night, for the sun had set. Taking one of the stones of that place, he put it under his head and lay down in that place (Bereishit 28:11 – sefaria.org),” and I recall Gary Snyder’s, “Riprap”:

Lay down these words

Now, I sit on the ledge of the pit in which Joseph sits on the floor, weeping, crying out to his brothers and praying and I hear Li Bai’s, “Exile’s Letter,” (I hate to admit my notes are from Ezra Pound’s “Selected Poems”)

And the wind lifting the song, and interrupting it,

Tossing it up under the clouds.

I could almost see the wind carrying Joseph’s cries and hiding them somewhere in the clouds for I have often opened my eyes to heaven as I prayed only to see my words carried away in the storms of life.

Oh yes! There was a storm!

Both the Sefer HaYashar and the Ba’alei Tosafot describe Joseph’s pleas and prayers; the pleas ignored by the brothers, “They said to one another, “Alas, we are being punished on account of our brother, because we looked on at his anguish, yet paid no heed as he pleaded with us. That is why this distress has come upon us.” (Bereishit 42:21)

A rock was brought and placed over the mouth of the den; the king sealed it with his signet and with the signet of his nobles, so that nothing might be altered concerning Daniel. (6:18: See Commentary of Rav Saddiah Gaon)

“A great storm came and lifted the prophet Habakuk and flew him to Babylon into the pit to share the meal with Daniel (and, according to the Einei HaEidah (Rav Eliyahu ben Shlomo HaItamari), Ezekiel the Prophet as well!)”

Where was the storm for Joseph to carry a friend to join him on the floor of the horrible pit? It was carrying away his prayers, hiding them for the future.

I sat on the ledge of the pit. I listened and watched and cried and, despite knowing how the story would unfold, I understood that in the moment, I could wonder.

(For those of you wondering if I am one of those reporters who stands by and watches ass people suffer, the answer is No! Time Travel prohibits active participation beyond casual interviews.)

Even when we believe God will intervene, we may, in the interim, wonder, where are my prayers? Why are they being swallowed by the storms of life?

Even after a Chanukah declaring total confidence God will ultimately save us, we can, quite quickly, move to Asarah BiTevet, remember the two and half years Jerusalem was besieged by the Babylonians, and wonder with those people, Where are You, God? Where are my prayers?