In Mutual Respect – In Mutual Blessing

in Effort & Reward, New Post, Portion of the Week by Rabbi Simcha Weinberg on 22 Dec, 2020 0 Comments 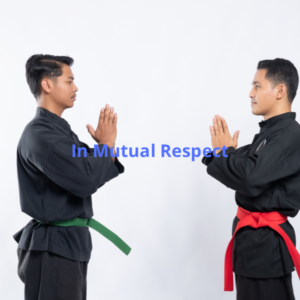 There are no foreign lands.

It is the traveler only who is foreign.

I will be a foreigner in my own life.

‘As soon as Jacob came to Egypt a blessing came with his arrival: they began to sow and the famine came to an end. Thus do we read in the Tosefta Sotah 10:3.’ (Rashi, 47:19)

I expected another meetings of Two Titans standing before each other in Mutual Respect, another Hannibal and Scipio, another Judah and Joseph.

But it was not to be:

‘Joseph then brought his father Jacob and presented him to Pharaoh; and Jacob blessed Pharaoh.

Pharaoh asked Jacob, “How many are the years of your life?”

And Jacob answered Pharaoh, “The years of my sojourn [on earth] are one hundred and thirty. Few and hard have been the years of my life, nor do they come up to the life spans of my fathers during their sojourns.”

‘My Sojourn,’ means the days of my being a stranger. All my days I have been a stranger in other peoples’ lands.

‘And They Have Not Attained,’ so far as happiness is concerned.

‘Few and troublesome.’ Yaakov appeared even older than he was, which is what had prompted Pharaoh to inquire.

‘I have not attained.’ After he revealed to him his age he told Pharaoh not to be amazed, since his fathers lived much longer (Ramban).

When did the blessing that arrived with Jacob become manifest?

Why did Joseph present his brothers before his father to Pharaoh?

Did Pharaoh wonder why Joseph didn’t contact his father nine years earlier? The king surely knew Joseph had been sold into slavery; did he suspect the brothers? …Jacob?

Was Jacob prepared to be questioned about Joseph’s past? … his own past with Laban and with Eisav?

Why would Jacob portray himself at this moment of great happiness as unhappy?

* Is this the speech we expect from the Yashar – The Authentic and Directly Speaking Patriarch?

*How did Pharaoh make sense of this old, unhappy, complaining man being the Holy Man who brought Blessings to Egypt?

I considered that Jacob presented himself this way so that Pharaoh would consider the Blessing that arrived with Jacob to result from Egypt and Pharaoh injecting the old man with renewed vigor. Mutual Blessing if not Mutual Respect.

I cannot see how that is behavior consistent with Jacob as Yisrael, the man who is direct, Yashar.

I then recalled a paragraph in a book written by a young brilliant neurosurgeon with a terminal illness:

“The tricky part of illness is that, as you go through it, your values are constantly changing.

You try to figure out what matters to you, and then you keep figuring it out.

It felt like someone had taken away my credit card and I was having to learn to budget.

You may decide you want to spend your time working as a neurosurgeon, but two months later, you may feel differently.

Two months after that, you may want to learn to play the saxophone or devote yourself to the church.

Death may be a one-time event, but living with terminal illness is a process.” (Paul Kalanithi, “When Breath Becomes Air”)

Let’s consider Jacob viewing his role as a Patriarch as a complex process he must constantly figure out.

A challenge he considers himself to have failed during the twenty-two years Joseph was missing.

Jacob was fully prepared to be questioned by Pharaoh about anything and everything, but his appearance shocked the king; he appeared shockingly old but miraculously vigorous.

Jacob explains his appearance and his life by describing his original failure to connect to this ever-evolving process of Blessing and his discovery of the power of living in this state of Blessing:

Actually giving Pharaoh the key to end the famine.

Do not accept prophecies of doom.

Your dream was not a one-time event;

look at how Egypt has changed,

see the Blessing it has brought to my family.

Live a life of Blessing

Will end the famine!

This was the Blessing in, “And Jacob blessed Pharaoh.”

One doesn’t bid farewell to the king and leave.

One waits to be granted leave.

Unless, the two great men stand in Mutual Respect and Mutual Blessing.