in New Post, Portion of the Week, Self Perfection by Rabbi Simcha Weinberg on 05 Jan, 2021 0 Comments 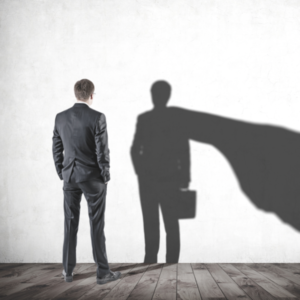 There is a custom to cover the mirrors in a Shiva house.

The only internal images I had of me were formed by many childhood pictures kept by Aviva that my sisters sitting Shiva in Baltimore were texting.

By the second day of Shiva, my internal image was of an angelic, gorgeous, and thin, three-year-old boy, so handsome in fact, he was used for a Yeshiva fashion show on Chanukah 1962!

The pictures kept on coming. By the end of Shiva I was convinced I was a slightly older version of this tiny good looking little boy.

I was not prepared for the shock of what I would see when we uncovered the bathroom mirror.

Wow! Shiva aged me sixty years! Only my hair looks the same, just slightly, shall we say, lighter blond.

When I was praying for Aviva the last few months, my mental image was the way she looked when she was 16. It was hard to relate to the pictures of the 72 year-old woman who died.

E.K. would probably ascribe the changes to loss of Simplicity. I wonder…

When we first meet Moses, he looked perfect,

“A certain man of the house of Levi went and married a Levite woman.

The woman conceived and bore a son;

and when she saw how beautiful/good he was,

Rashi elaborates on, “when she saw how beautiful/good he was,” that, “When he was born the whole house became filled with light (Sotah 12a).” (Very similar, I’m led to believe, to what happened when I was born. Just saying…)

Did baby Moses remain so beautiful when he was two-years-old, and placed in the House of Pharaoh?

When the child grew up, she brought him to Pharaoh’s daughter, who made him her son. She named him Moses, explaining, “I drew him out of the water.” (2:9-10)’

So, around the same age I was a fashion model for Yeshiva fundraisers, Moses is brought to the king’s palace.

Talk about loss of simplicity!

I am so accustomed to thinking of the old, bearded man portrayed at the splitting of the sea and at Sinai, that I have trouble seeing him as a boy.

After the Bar Mitzvah Invitations went out,

Summon You To The Bar Mitzvah

The 13 year-old went out for a walk to clear his head before his big speech,

‘Some time after that, when Moses had grown up, he went out to his kinsfolk and witnessed their labors. He saw an Egyptian beating a Hebrew, one of his kinsmen. (Verse 11)’

Did Moses look Egyptian or “Hebrew”?

He certainly was recognized:

‘He turned this way and that and, seeing no one about, he struck down the Egyptian and hid him in the sand.

When he went out the next day, he found two Hebrews fighting; so he said to the offender, “Why do you strike your fellow?”

He retorted, “Who made you chief and ruler over us? Do you mean to kill me as you killed the Egyptian?” Moses was frightened, and thought: Then the matter is known! (12-14)’

It seems from the description offered by Yitro’s daughters that he looked Egyptian, ‘When they returned to their father Reuel, he said, “How is it that you have come back so soon today?” They answered, “An Egyptian rescued us from the shepherds; he even drew water for us and watered the flock.”(18-19)’

Did Moses trash his Egyptian clothes and switch to Chasideshe or Yeshivish outfits when he settled with Yitro? Perhaps, he began dressing in Midianite styles.

In other words, what was he wearing when he stood before the Burning Bush?

I need to picture the scene, so, yes, it matters to me.

My real question though is how did Moses see himself?

How does someone manage Yeshiva Lane, Pharaoh’s palace, Midian, and Burning Bush?

A single family therapist or child psychologist, one call to Child Protective Services, and no more Moses as we know him!

And it was Freud wrote the book on Moses and Monotheism!

Did Moses’ Humility Center Him

Did His Strong Center Help Him Develop His Humility?

How did Moses develop his center?

Please don’t tell me with his humility!

Humility is a quality developed through great commitment.

How did the Prince of Egypt appreciate humility?

How did he learn to master it?

Please don’t tell me Moses was blessed with an extraordinary soul that empowered him to develop this center and this humility!

I want him as a role model; not a superhero!

I was thinking about Helen Keller and the day Annie Sullivan took her down to the pump house and thrust her hand beneath the flowing water and then wrote w-a-t-e-r in her hand.

When Helen realized that cool, liquidy stuff flowing through her fingers was w-a-t-e-r, something inexplicable happened.

She said that ‘living word awakened her soul, gave it light, hope, joy, and set it free.’”

The same Moses who, ‘turned this way and that and, seeing no one about,’

as Rashi insists that he looked far into the future and ‘saw that no one destined to issue from the violent Egyptian, would become an adherent of Israel’s religion,’

The same man celebrated for his vision,

For seeing with awareness,

‘An angel of the LORD appeared to him in a blazing fire out of a bush. He gazed, and there was a bush all aflame, yet the bush was not consumed.

Moses said, “I must turn aside to look at this marvelous sight; why doesn’t the bush burn up?”

When the LORD saw that he had turned aside to look,’

Was blind to the obvious!

‘When he went out the next day, he found two Hebrews fighting; so he said to the offender, “Why do you strike your fellow?”

He retorted, “Who made you chief and ruler over us? Do you mean to kill me as you killed the Egyptian?” Moses was frightened, and thought: Then the matter is known!’

You can see all the way into the future, yet, you don’t happen to notice anyone around you observing!

Yet, by the time you reached the Burning Bush you are celebrated for your powers of observation!

Something happened to help him develop his center, his humility and his vision.

He had his Soul Awakening moment!