in New Post, Portion of the Week, Self Perfection, Use of the world by Rabbi Simcha Weinberg on 12 Jan, 2021 0 Comments 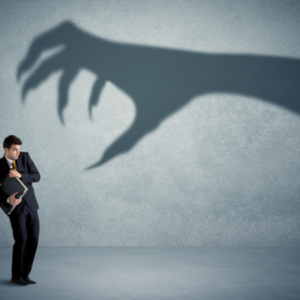 There are spaces still to be filled

before the map is completed-

though these days it’s only

in the explored territories

The Isles of the Blessed, Kibu, Hawaiki, Hufaidh, Thule, Fusang, Bermeja, Onaseuse, imaginary lands all, existed on maps, often for centuries. These were the homes of strange frightening monsters.

They are the places in which people stored their fears of places unknown.

Hidden within a clipped conversation between Pharaoh and Moses lies the tale of a powerful monarch who feared the unknown monsters under the bed, and the spiritual leader who, in the process of discovering his own strengths realizes that the monsters were not hiding in the unknown but actually, “Here lives monsters.”

Then Pharaoh summoned Moses and Aaron and said, “Go and sacrifice to your God within the land.”

So we must go a distance of three days into the wilderness and sacrifice to the LORD our God as He may command us” (Exodus 8:20-23 – sefaria.org).’

‘Thereupon Pharaoh sent for Moses and Aaron and said to them, “I stand guilty this time. The LORD is in the right, and I and my people are in the wrong.

Plead with the LORD that there may be an end of God’s thunder and of hail. I will let you go; you need stay no longer.”

Moses said to him, “As I go out of the city, I shall spread out my hands to the LORD; the thunder will cease and the hail will fall no more, so that you may know that the earth is the LORD’s. (9:27-29)’

For another thousand years people would fear going into the beyond, save for the great adventurers. Part of the Great Wall of China was to protect people from leaving China into the terrifying unknown inhabited by ghostly white spirits that devour your soul.

Yet, Moses calmly speaks of the Unknown as the destiny of these slaves; not a place of terror, but a place where they will connect with the Infinite.

“Go proclaim to Jerusalem: Thus said the LORD: I accounted to your favor The devotion of your youth, Your love as a bride— How you followed Me in the wilderness, In a land not sown (Jeremiah 2:2).”

The plagues created a reality in which all the monsters were here in the places they knew. They would find a different sort of safety, an internal place.

And Pharaoh smugly laughed. Moses, this isn’t the twenty-first century! This is long before. Your people will be terrified of the unknown. There are monsters out there!

Your people, Moses, prefer me, Pharaoh, the monster they know, to the unknown terrors of the beyond.

The battle between Pharaoh and Moses was over the possibility of an entire nation choosing to live in a never-ending quest overcoming monsters real and imagined.

And here we are, so many, scared to go outside. Intimidated by an invisible, but very real monster.

And here we are, living with total clarity that the “Here live monsters” of all types, of all political inclinations, of all faiths, of all races.

And here we are being challenged yet again whether we are prepared to reconnect with our never-ending quest to connect to the Infinite.