in Heaven & Earth, New Post, Portion of the Week, Self Perfection by Rabbi Simcha Weinberg on 23 Dec, 2020 0 Comments 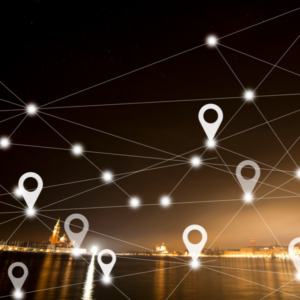 How did Jacob get from Canaan to Egypt without GPS?

I consider Debbie one of the smartest people I have ever met in my life. Yet, a mysterious obnoxious woman hiding somewhere in our car’s radio treats her like an idiot.

We often wonder if this woman believes Debbie to be an FFB – Frum From Birth – expecting instruction for each step.

Debbie thinks in the metric system. So, we have to stop the car, take our a tape measure, so we know where to turn.

“This woman wants it this way.”

(It’s not that Debbie feels compelled to obey, but this woman is highly insulted when we choose to ignore her and gets her revenge at a later date by getting us hopelessly lost.)

And so it goes.

All I know is, if this GPS was hounding Jacob on his way down to Egypt; he probably would have turned around and headed home.

I can now understand why that’s Compelled by ‘The Word”!

“And he went down to Egypt” – helpless on account of the word (Pesach Haggadah).

For some reason, I have failed to convince anyone that “compelled by the word,” refers to that annoying voice of the GPS.

‘God called to Israel in a vision by night: “Jacob! Jacob!” He answered, “Here.”

And He said, “I am God, the God of your father. Fear not to go down to Egypt, for I will make you there into a great nation.

I Myself will go down with you to Egypt, and I Myself will also bring you back; and Joseph’s hand shall close your eyes (46:2-4).”

I’m sorry, but that just doesn’t seem to be force majeure!

Had it been me, I would have been intimidated.

When I first moved to NYC I insisted on exact instructions for the Subway. Pre-Guliani NY was intimidating.

Canaan to Egypt! I had challenges moving from Manhattan to Riverdale:

An ambulance brought me straight from JFK (flight from Argentina with a doctor and nurse) to Lenox Hill for emergency surgery. I hadn’t been in our Manhattan apartment for over a month.

I stayed in Lenox Hill for another month.

I was too ill (drugged) to realize Debbie had moved so when the ambulance brought me “home” to Riverdale I didn’t know whose house this was and, in my highly medicated state, was convinced I was being kidnapped.

Moving can be scary.

How did Jacob do it on such a massive scale during a famine to a different country and all this without GPS.

Was there any stage in Jacob’s life that was not compelled?

Moving to Egypt to be cared for by his son who is one of the most powerful people in the world, and now is when he feels compelled!

Which “Word” compelled him?

“The Holy One, blessed be He, then said to Jacob: Why do you not ascend? Whereupon our patriarch Jacob became distressed and asked: Shall I too be forced to descend just as these are?

The Holy One, blessed be He, responded: If you ascend, you will not be compelled to descend.

Nevertheless, he did not ascend, for his faith was not sufficiently strong (Tanchuma, VaYeitzei 2).”

He may have been on his way down to Egypt, but, the “Word” insisted that the time had come for him to climb the ladder.

Maybe it’s in those moments that I know I’m not alone and I don’t walk alone. That I won’t. When the thin whisper of a veil between what I can’t see and what I can is pulled back and for one brief second I get a glimpse of what will be. Where the words ‘might’ and ‘hope’ intersect.” (Charles Martin. Thunder and Rain)

“I Myself will go down with you to Egypt, and I Myself will also bring you back up; and Joseph’s hand shall close your eyes (46:4).”

The first invitation was to come up.

I will bring you up.