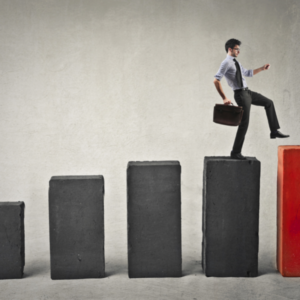 Immediately upon moving to New York City from Los Angeles I had to pay attention to all the issues of living in a new city and examine them through the eyes of Halacha.

I would step out the door of the brownstone on 79th and usually find a homeless person asleep on the steps and, by the time I reached the synagogue, would usually have been solicited numerous times for money, handed all sorts of pamphlets announcing sales and parking deals, and, often, cornered into listening to why I should sign a petition.

Having never considered using my experiences as a prison chaplain to ignore the people and noises overwhelming my attention, and, because my morning walk in Los Angeles was quite calmer, I was often told to learn how to walk as a New Yorker.

It made perfect sense, except first I had to understand which Halachot applied and how.

By a late December 1991 Day of Learning I was prepared to present, “The Laws of Walking the Streets of NY.”

HBB pointed out to me that I had begun walking with my fingers clenched in the , “NY Briefcase Hold,” which wasn’t healthful for someone practicing Tai Chi. This led to a spiritual examination of the difference in my prayers and connection with Hashem.

The list of Halachot was so extensive that I covered less than 50% of the issues, but, rather than frustrating, it was invigorating as the people with whom I was learning added so many questions and issues I had missed.

This was Halacha as Walking, as paying attention to each step, as an exercise in awareness.

Most of the years we lived in Riverdale the walks slowly disappeared because of physical limitations and there were few Halachic issues other than Interpersonal laws and ethics, such as should one say, “Good Shabbas,” when one knows the other person will ignore him, and, a Biblical Mitzvah (according to most authorities) pertaining (according to Maimonides) to Jewish Courts; “Keep your distance from falsehood.”

This Mitzvah is only one of many that begins in Bet Din but is spreads outwardly in different ways for men, who may serve as judges, and other ways to women who may not be summoned at any time to Bet Din!

Here’s a hint to another similar Bet Din Mitzvah: “Am I permitted to hit you when you do something terrible to me such as correcting my grammar?”

Here we are in Yonkers and once again I had to review, “The Laws of Walking the Streets of NY.” Not just to review, but to revise, just as, in quarantine times in which people rarely use change or carry cash I’ve had to revise my approach to my “Thank You Machines,” a.k.a. Tzedaka Boxes. What is my obligation to a homeless person asking for cash? Am I obligated to carry some money? What if the person isn’t wearing a mask?

Debbie considered bringing hot coffees with us on our early morning walks. She feels that just as I used to leave a hot water thermos with packets of coffee and sugar on the stairs to the brownstone with a stack of disposable cups, (something I stopped upon moving to an apartment building), I should carry a thermos and a backpack filled with cups, lids, and packets of coffee, sugar and cream. She carries a bag with leftover brownie edges from her bakery.

It’s not feasible for many reasons such as three dogs, poop bags empty and (yuk!) not, my cane and constant risk of falling…

What are our Halachic obligations?

We have regular questions with each section of our walk.

Halacha is alive in our walks.

Halacha is literally walking as Abraham learned in his original interaction with God. We have to pay attention to each step of the walk.

The walking the dogs itself is at least two Biblical Mitzvot!

In fact, when we wake up and put out food and water for the dogs we are Walking the Shema; “I will also provide grass in the fields for your cattle—and thus you shall eat your fill (Devarim 11:15 – sefaria.org),” animals eat before we can eat our fill.

The Shabbat issues of walking the dogs are obvious and many, as is the question of my using my cane.

However, let’s return to the challenges presented by people living on the streets and we have to review and apply the laws of speaking and thinking words of Torah,

“Since the LORD your God moves about in your camp to protect you and to deliver your enemies to you, let your camp be holy; let Him not find anything unseemly among you and turn away from you (23:15),”

the Halachic dimensions of a wall that separates men and women in synagogue,

walls that create a separate domain on Shabbat,

walls of a Succah,

walls that block impurity from a corpse,

walls that block impurity of a Metzorah,

walls that separate ownership of properties,

and much, much more.

People are using the sidewalks as toilets and others are not picking up after their dogs. For some reason, hundreds of dead and rotting fish float up to the walk along the Hudson. What are the Halachot of smell and sight…

Are Debbie and I permitted to sing Psalms as we walk, or to discuss Torah, or even to point out an additional Halachic issue that arises?

I felt as if we were walking with the Rambam, Bet Yosef, Chayei Adam in a different dimension, when Debbie cried out, “Watch out! There’s a puddle!”

“Didn’t you teach me, ‘Rabbi Abba said to Rav Ashi that this is what they say in the West, Eretz Yisrael, in the name of Rabbi Ulla, in explanation of the mishna: Even if the barrel is clearly visible, one who stumbles on it is exempt from liability because the typical manner of people is not to examine the roads, as they assume that the road is unobstructed. Therefore, one who breaks an item placed in the road as a result of not watching is not liable to pay restitution (Bava Kamma 27b),’?

“But Debbie,” I responded, “this is a Halacha walk, and I’m watching every step.”