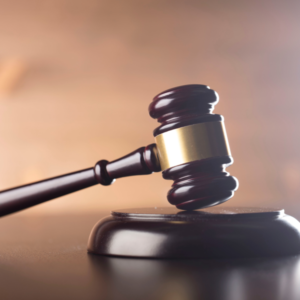 “Her ways are pleasant ways, And all her paths, peaceful (Proverbs 3:17 – sefaria.org).”

‘Abaye objected: Aren’t the halakhot of the entire Torah also given on account of the ways of peace, as it is written: “Her ways are ways of pleasantness, and all her paths are peace” (Proverbs 3:17)? Consequently, this halakha is no different from the other halakhot in the Torah, all of which were given to increase pleasantness and tranquility in the world (Gittin 59b).”

Translations by Lynne Sharon Schwartz; “a place to live.”

In 1989 Italy was torn apart by the “Serena Cruz Adoption Case.”

Serena Cruz was born in Manila, in the Philippines, in May, 1986.She was discovered in a garbage can, barely breathing. The child was entrusted to public welfare and sheltered in an orphanage.

In 1987, Francesco Giubergia, a railroad worker from Racconigi, adopted her when she was severely ill and traumatized, so his adopted son, also from the Philippines and provided with special medical care, could have a younger sister.

The young girl healed and the two children connected and the family was whole and quite happy.

The local Juvenile Court determined that Giubergia lied on his adoption forms and therefore took the girl away from her adoptive family.

“Not one of the judges ever bestirred himself to go and see the child. Only two doctors went to see her and both testified that the adoptive parents were taking good care of the child and her health was fine. The court-appointed guardian never went to see her.”

She was forcibly taken from the family, traumatizing her older brother, to be placed in an orphanage in which she disappeared.

“She is better off now,” the judges proclaim (even though they never saw her).

It is true the judges had no legal obligation to visit the child and see her situation and the family.

In the first place, it is wrong not to require it.

Furthermore, legal requirements aside, how is it possible, in this case, that not one of them felt the need to go?

A Mentality that fears emotion, that fears “hearts and tears’ in particular, as if they were something filthy that could soil the body. It fears them powerfully; it distrusts them. It honors and respects only what is controlled, disciplined, and lukewarm. We have become a society of the lukewarm, of those “neither cold nor hot.”

A family destroyed by the law.

It should never happen in Halacha.

It could never happen in Halacha.

Rabbi Avraham Danzig warned of such dangerous arrogance in the practice of Halacha; his warning forms the substance of his introduction dedicated to the memory of his son, “Zichru Torat Moshe.”

‘And not only that, but the reed merited that a quill [kulmos] is taken from it to write with it a Torah scroll, the Prophets, and the Writings. Evidently, the curse comparing Israel to a reed is better than the blessing likening them to a cedar. The Sages further taught in praise of the reed: A person should always be soft like a reed, and he should not be stiff like a cedar (Taanit 20a).’

It was and is the Halacha that is soft as a reed, that is pleasant and peaceful that rose up during Covid to guide us in unusual circumstances.

It was the Halacha that is pleasant that encouraged people to call hospitals on Shabbat and Festivals so the staff would know there are family members who care.

It was Halacha, soft as a reed that instructed rabbis to keep their phones on Shabbat and Festivals during Covid so  to be available to people in desperate circumstances.

It is Halacha that is peaceful that reminds us to help young men who prepared Torah readings for Bar Mitzvah celebrations that were canceled to have an opportunity to publicly perform.

This was a year of Halacha of humility, of softness, pleasantness and peace.

This was the year of Halacha lovingly guiding us through unusually challenging circumstances.

This is the Halacha I love.

This is Halacha; not “dura lex, sed lex.”

Then we hear of Jewish Courts that in practice reject all that is beautiful about Halacha and want to prove that our court system is absolute; dura lex, sed lex.

Lives are broken, families are damaged, but we speak in the Name of Halacha!

Incredibly dedicated candidates for conversion; only the rabbis we choose. Your dedication does not matter.

This is not accepted as Kosher! Why? “I declare it so!”

This is not Halacha.

I accept with my entire heart the absolute authority of Halacha, just as I reject Halacha in arrogance, in harshness, in defense of authority.

I watched great rabbis weep when unable to find a way to save a marriage.

My father zt”l often spoke of the time he saw the greatest Halachic authority of the Twentieth Century, Rav Moshe Feinstein zt”l literally become ill because he had to gently and respectfully ask a young rabbi to consider the possibility the young man was not being objective!

Torah laws are absolute. They cannot change no matter how flexible we want to be. But that same law urges us to speak respectfully and with compassion.

“Her ways are pleasant ways, And all her paths, peaceful.”