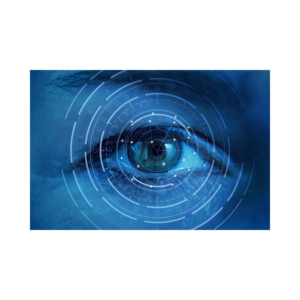 I’m back in Rocinante (My Time Machine) and my first stop is 19th century, Concord to pick up Henry David Thoreau. I assumed he was along to interview Joseph. After all, it was he who said, “Go confidently in the direction of your dreams. Live the life you imagined,” which seems perfectly consistent with Joseph.

He was more interested in studying Pharaoh from the perspective of “Civil Disobedience.”

I casually mentioned as I gave him the tour of Rocinante that of Joseph we know:

And when the money gave out in the land of Egypt and in the land of Canaan, all the Egyptians came to Joseph and said, “Give us bread, lest we die before your very eyes; for the money is gone!”

And when that year was ended, they came to him the next year and said to him, “We cannot hide from my lord that, with all the money and animal stocks consigned to my lord, nothing is left at my lord’s disposal save our persons and our farmland.

Let us not perish before your eyes, both we and our land. Take us and our land in exchange for bread, and we with our land will be serfs to Pharaoh; provide the seed, that we may live and not die, and that the land may not become a waste.”

So Joseph gained possession of all the farm land of Egypt for Pharaoh, every Egyptian having sold his field because the famine was too much for them; thus the land passed over to Pharaoh.

And he removed the population town by town, from one end of Egypt’s border to the other (Bereishit 47:14-21 – sefaria.org).’

“Had your “Dreamer” Josef been in charge, all of Egypt would have found itself in the Concord jail that night in 1846, and probably for  much longer than a night!”

Thoreau was shocked and excited. His concerns about being careful interviewing Pharaoh who wouldn’t hesitate executing him for an uncomfortable question, disappeared in his thrilling opportunity to interview a dreaming autocrat!

Thoreau disappeared into his room as I stopped in 18th Century fictional village of  Wahlheim to pick up Young Werther.

I first assumed he was invited to interview Josef the Romantic, but then I sensed he would be interested in how Pharaoh would relate to Josef’s ambition; the slave raised from a prison pit to interpret a dream not to advise and yet,

“Accordingly, let Pharaoh find a man of discernment and wisdom, and set him over the land of Egypt.

And let Pharaoh take steps to appoint overseers over the land, and organize the land of Egypt in the seven years of plenty.

Let all the food of these good years that are coming be gathered, and let the grain be collected under Pharaoh’s authority as food to be stored in the cities.

Let that food be a reserve for the land for the seven years of famine which will come upon the land of Egypt, so that the land may not perish in the famine (41:33-35).”

Both Pharaoh and Joseph seemed right up Young Werther’s alley:

In one of his letters, dated 22 May, Werther writes to Lotte, ‘It’s occurred to many people that life is merely a dream – and I’m drawn to that feeling.

When I see the narrow boundaries of action and thought within which we are confined;

and has no other ambition or aim;

Werther heard me mention Joseph’s ambition and Pharaoh’s reaction and excused himself from the rest of the tour of my Time Machine and ran to lock himself in his room to commune with Goethe.

Next stop, 6th century Byzantium to pick up Belisarius!