A Dangerous Silence By RABBI-SIMCHA-WEINBERG on DECEMBER 20, 2020

Counting To Asarah BiTevet – Go To Your Room! Part Two 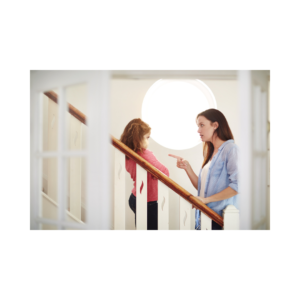 In “Go To Your Room Part One,” we applied Isaiah’s instruction, “Go, my people, enter your chambers, And lock your doors behind you. Hide but a little Until the indignation passes (Isaiah 26:20 – sefaria.org),” to quarantine, the Clouds of Glory, and even the Garden in Eden.

We looked into the words of the Chatam Sofer to see how he saw the Siege we recall on the Tenth of Tevet as a holding pattern; being sent to our room “Until the indignation passes.”

Rabbi Moshe Sofer sees the siege and the fast that marks it as being in a holding room as our future is being determined:

What is the reason that a fast was decreed over Nebuchadnezzar’s siege of Jerusalem, only one of many sieges?

The reason is that as the city suffered under terrible conditions for two and one half years is that on the very day the Babylonian King began to spread out around Jerusalem, at that time, a Heavenly Court was summoned.

There were those Angels defending Israel while others were accusing them of terrible things.

This continued until the accusers won the argument and God’s Home was destroyed.

We have a tradition that each year the Temple is not rebuilt it is as if it is being destroyed yet again.

Therefore, we find that each year on the Tenth of Tevet the same Heavenly Court is summoned.

There are accusers and defenders, and if the Temple is not rebuilt we know there has been a decree that it lay in ruins.

This is alluded to in Sefer HaKarnayim.

It is also known that when trouble  befalls us, we fast such as on the yahrzeit of a parent, but we do not fast on Shabbat save for a fast over a terrible dream since there is such confidence the fast will effectively nullify the negative aspects of the dream, the fast is not considered suffering and is permitted on Shabbat.

A fast over that which has already happened, such as Tisha b’Av we do not fast on Shabbat. However, the Tenth of Tevet, when the Heavenly Court is again convened we have hope that the fast will protect us in the future. This is why we can observe the Tenth of Tevet even on a Shabbat. (Chatam Sofer, Torat Moshe, end of Parshat Vayikra)

This Fast is actually an opportunity to advocate our cause, to fight for the Temple, to demonstrate that we aspire to live with the heightened level of awareness possible only when the Temple stands in Jerusalem.