Countdown To Chanukah 9 – The Light In Their Faces 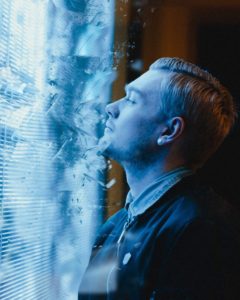 The Chidah reports that he saw the face of the Penei Yehoshua and it was, the Chidah was certain, shining as the face of the Highest Angels. It was so, explained Rav Azulai, because of Rabbi Falk was so committed to study with the purest intentions.

I have had the privilege of seeing such Faces of Light throughout my life; Rav Kaduri, the Tosher Rebbe, Rav Diblitzky,  Rav Shlomo Zalman Auerbach, and many more. (I am omitting Rav Ruderman zt””l, my father zt”l, and, Yibadel ben Chaim l’Chaim, my Rebbi, Harav Yochanan Zweig shlit”a because I may be subjective.) I certainly do not intend for this list to be considered comprehensive,

I first considered focusing on Faces of Light, People who reflect a Life Filled with Illumination, when lighting my Chanukah candles; especially those who regularly add so much light to my life.

I am mulling a slightly different possibility; rather than focus on great rabbis and teachers whose faces shine as described by the Chidah, I want to focus on the faces of people with whom I learn, whose faces shine when they offer an inspiring insight, that special light that comes with asking a question that opens doors to secrets hiding in heaven.

The light I see may not be as intense as that observed by the Chidah on the face of the Penei Yehoshua but it is certainly more accessible to me. It is a light that is available to all who study Torah as true seekers. Perhaps all that combined light offers greater illumination to all who seek an authentic relationship with God.

That is the light I will look for in my Chanukah candles.