Countdown to Chanukah 5 – The Fiery Sword 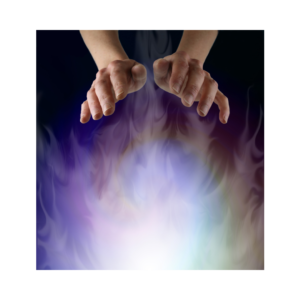 “He drove the man out, and stationed east of the garden of Eden the cherubim and the fiery ever-turning sword, to guard the way to the tree of life (Bereishit 3:24 – sefaria.org).”

“He said: The LORD came from Sinai; He shone upon them from Seir; He appeared from Mount Paran, And approached from Ribeboth-kodesh, Lightning flashing at them from His right (Devarim 33:2).”

lit., “fire, Law”, or “fire of Law”) — i.e. the Law which had been written before Him from olden times in black fire upon white fire (Midrash Tanchuma, Bereshit 1). The meaning of the verse is: He gave to them (למו) upon the Tablets the writing of His right hand (cf. Talmud Yerushalmi Shekalim 9:1). Another explanation of אש דת: Understand this as the Targum has it: a law which was given them from the midst of the fire (cf. Exodus 19:18).

Is it possible that the fire in the latter verse, the fire of knowledge, the fire of Torah is the same fire shining on the “ever-turning sword”?

There is a special gift of Torah for those who merit: The Highest Angels saw such beauty in Torah they wanted to fight for it, but the Holy One, Blessed is He refused them and offered it to those of us who can see the same degree of beauty in Torah that would make the Angels willing to battle Moshe for it (Devarim Rabbah 7:9; See Too Ayelet Ahavim, Song of Songs 1:5).”

What was the beauty they saw?

The Fire of Knowledge, the same fire on the sword of the Angels gaurding the path to the Tree of Life –  The Torah; the same fire shining forth from the Menorah – The Light of the Oral Law.

What are the most beautiful concepts we saw in Torah this year?

What were the most beautiful ideas?

Review them. Ponder them. Treasure them so they can be reflected in the Candles of our Menorah.