Countdown to Chanukah 13 -From Beginning to End 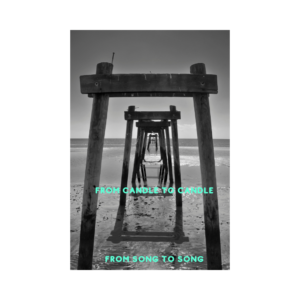 Toward the conclusion of Parshat Vayeitzei we discover, according to the Megaleh Amukot, two allusions to the Chanukah story:

“Come, then, let us make a pact, you and I, that there may be a witness between you and me.”

Thereupon Jacob took a stone (gal)  and set it up as a pillar (gal). (The two ‘gal’ are Mystically read as Gilgal)

And Jacob said to his kinsmen, “Gather stones.” So they took stones and made a mound; and they partook of a meal there by the mound.

Not everyone was pleased with the Prophet Samuel’s selection of Saul as the first King of Israel. So, when summoned to fight with him in his first war as king, there were those who burned their draft notices (some crossed the Jordan into the “Canada” of their time):

“When he heard these things, the spirit of God gripped Saul and his anger blazed up.

He took a yoke of oxen and cut them into pieces, which he sent by messengers throughout the territory of Israel, with the warning, “Thus shall be done to the cattle of anyone who does not follow Saul and Samuel into battle!” Terror from the LORD fell upon the people, and they came out as one man.

The next day, Saul divided the troops into three columns; at the morning watch they entered the camp and struck down the Ammonites until the day grew hot. The survivors scattered; no two were left together.

The people then said to Samuel, “Who was it said, ‘Shall Saul be king over us?’ Hand the men over and we will put them to death!”

But Saul replied, “No man shall be put to death this day! For this day the LORD has brought victory to Israel.”

According to the Megaleh Amukot, the Prophet Samuel used this as an opportunity to pray for the Chashmonaim of the Chanukah story:

Samuel said to the people, “Come, let us go to Gilgal and there renew the monarchy.”

So all the people went to Gilgal, and there at Gilgal they declared Saul king before the LORD. They offered sacrifices of well-being there before the LORD; and Saul and all the men of Israel held a great celebration there.

Although an interesting story, I do not immediately see a connection between Samuel’s desire to renew the monarchy, nor his choice of Gilgal, as obvious connections to Chanukah. The Megaleh Amukot reads and teaches in the most esoteric and hidden manner. His approach is beyond my ability to understand. However, he never begins without a basic connection, something accessible to even someone of my limited abilities. So, I turned to the commentaries of the Radak and the Ralbag and found, well, a Chanukah Menorah.

Samuel wanted to renew the monarchy when Saul’s influence over all the tribes was complete. The prophet felt that a monarchy less than universal is not the same monarchy was accepted by all. The Menorah with only a few candles burning is incomplete. Even when the Oil burned a second day, people did not know that it would continue to burn for the third, fourth ….. and eighth day when new oil would be prepared.

Why did Samuel want this ceremony to take place in Gilgal if the Mishkan had not been situated there in more than three centuries?  The commentaries see Gilgal, the first place where the Mishkan was erected upon entering Israel as the first candle, the start of hope, the first possibility of a miraculous future.

Samuel understood that the Children of Israel had a long and complex path before them. He wanted them to take a beginning, connect it to a stage of Completion and use that process to develop the skills necessary for their future. Samuel wanted a Menorah lit candle by candle, always beginning with the first candle on the right and adding until the entire Menorah is burning bright, illuminating the path into the future.

Our Chanukah Hallel can be the song of Jacob finding his own way apart from Laban accompanied by the Prophet Samuel’s celebration at Gilgal.