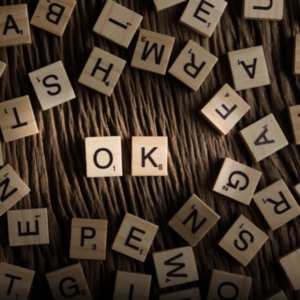 Inevitably, when I read the Haggadah, I am aggravated by Joseph’s brothers.

Not because they sold him.

That worked out well, plus, I once sold Naomi for, I recall twenty-five cents, she claims ten.

Obviously, the woman who shared a car ride from Toronto to Baltimore decided to return her for free.

No, I question the brothers’ selling Joseph, but I am aggravated by their refusal to cooperate with him even after they move down to Egypt with his blessing and forgiveness and are being supported by him.

They do not want to do what he wants.

They don’t trust him.

They question his judgement.

This is the text from the Haggadah:

And he resided there” – [this] teaches that Ya’akov, our father, didn’t go down to settle in Egypt, but rather [only] to reside there, as it is stated (Genesis 47:4),

“And they said to Pharaoh, ‘To reside in the land have we come, since there is not enough pasture for your servant’s flocks, since the famine is heavy in the land of Canaan, and now please grant that your servants should dwell in the Land of Goshen.'”

I assume that Joseph knew Pharaoh better than did they.

I assume Joseph knew the most strategic way to present themselves to Pharaoh,

What to say and what to NOT say.

Here are his instructions:

The men are shepherds; they have always been breeders of livestock, and they have brought with them their flocks and herds and all that is theirs.’

I have laid the groundwork for your meeting.

I’ve thought about this. Planned.

So when Pharaoh summons you and asks, ‘What is your occupation?’

you shall answer, ‘Your servants have been breeders of livestock from the start until now, both we and our fathers’—

This presentation was designed:

so that you may stay in the region of Goshen. For all shepherds are abhorrent to Egyptians.” (46:31-34)

And selecting a few of his brothers, he presented them to Pharaoh.

[Even the selection is strategic as we learn in Rashi: Some of the inferior ones amongst them as to strength — of those who did not look robust. For should Pharaoh find them to be robust men he might press them for military service]

Joseph gave them exact instructions as to what to say.

Joseph made it clear that Goshen was to be Pharaoh’s idea, NOT, a request:

‘Pharaoh said to his brothers, “What is your occupation?”

They answered Pharaoh, “We your servants are shepherds, as were also our fathers.

We have come,” they told Pharaoh, “to sojourn in this land, for there is no pasture for your servants’ flocks, the famine being severe in the land of Canaan. Pray, then, let your servants stay in the region of Goshen.” (47:2-4)

Did they really have to not speak as instructed?

Were they still fighting with Joseph?

And, why, oh why, do we add this persnickety attitude to the Pesach story?

We even present their statement as their own, not as Joseph’s idea, and, we seem proud of their presentation!

Is it not possible that their request for Goshen rather than a gift from the king led to tensions between a new Pharaoh who, “A new king arose over Egypt who did not know Joseph (Exodus 1:8), and, as Rashi points out, “he comported himself as if he did not know of Joseph’s contributions to Egypt.”

Perhaps, because the brothers received Goshen as a bequest.

Joseph could be seen as rewarded for his work for the country.

I don’t want to bore you with a detailed list of decades of Pesach Seder’s discussion about this issue.

I have long suspected that Joseph used reverse psychology. I can’t consider such an approach to be Yashar – Authentic – Direct.

I was looking for Elizabeth Hardwick’s essay describing the death of Dylan Thomas. (I am considering using it to reflect on Jacob’s deathbed scene.)

This led me to a thought-provoking writer, Brian Dillon, who, when considering Hardwick’s writing, quotes the following;

‘The greatest sentences are those in which the whole having been perfectly composed and polished, some element has been botched or excised (Walter Benjamin, “The Work of Art”)’

The brothers were not fighting Joseph.

They intentionally botched his perfect sentences to avoid Pharaoh suspecting a plan with a hidden agenda.

After all, these were dangerous men.

They used a ruse to wipe out Shechem.

They sold Joseph into slavery.

The brothers knew that any hint of a hidden agenda would lead to a significant change in plans.

They had learned to be Yashar – Straight – Direct.

Any botched sentences are intentionally so!